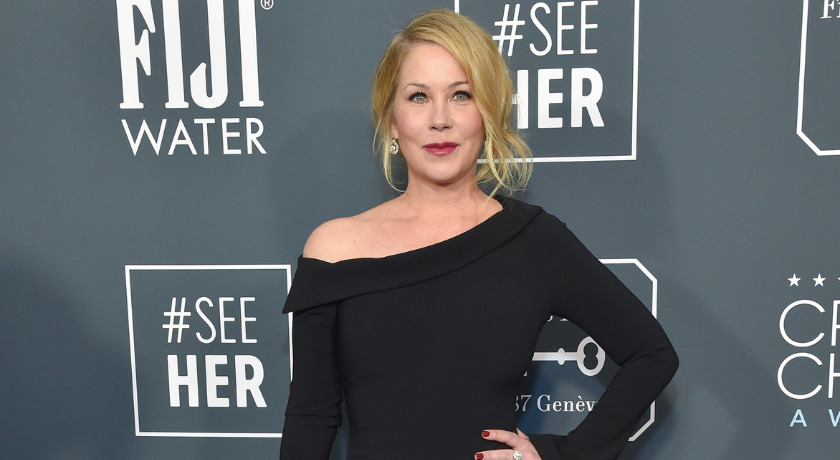 On Sunday, Dead to Me star Christina Applegate attended her first red carpet event since revealing her diagnosis of multiple sclerosis (MS).

Sunday was the 28th Critics’ Choice Awards and Applegate was nominated for Best Actress in a Comedy Series for her role as Jen Harding in the Netflix series, Dead to Me. Unfortunately, she lost to Jean Smart, but Applegate was excited to have been there over a year after she was diagnosed with MS.

“So this Sunday will be the first awards show I have been to since 2019,” the actress tweeted last Thursday. “And the first since MS. NERVOUS! But grateful to the @CriticsChoice for including me.”

According to the Multiple Sclerosis Society, “Multiple sclerosis is a disease that impacts the brain, spinal cord and optic nerves, which make up the central nervous system (CNS) and controls everything we do.

“The exact cause of MS is unknown,” they continue, “but we do know that something triggers the immune system to attack the CNS…Everyone’s experience with MS is different and these losses may be temporary or long lasting.”

Applegate revealed she was diagnosed with MS in August 2021. She took to Twitter to share the sad news.

“Hi friends. A few months ago I was diagnosed with MS. It’s been a strange journey. But I have been so supported by people that I know who also have this condition. It’s been a tough road. But as we all know, the road keeps going. Unless some a–hole blocks it.”

Selma Blair, who was Applegate’s co-star in the film, The Sweetest Thing, has been open about her experience with MS since 2018.

“Here’s a truth,” Blair started. “I feel sick as all hell. I am vomiting and all the things which are not polite to speak of…The medical treatments take their toll.”

The two have found support within each other to get them each through treatment.

Linda Cardellini, Applegate’s co-star on Dead to Me, expressed to People on Sunday how she and the rest of the cast and crew of the Netflix comedy series reacted to Applegate’s decision to continue being in the show for the third and final season after having been delayed because of COVID.

“All of us were okay if she didn’t want to come back [but] she chose to come back, and I think that’s who she is: She wanted to finish it. So I just wanted to be there with her to finish it and for us to both be able to lean on each other in anything that we needed.”

The Anchorman alum has struggled through a number of different health crises in the past, including undergoing a double mastectomy, beating breast cancer in 2008, and having her ovaries and Fallopian tubes removed to prevent ovarian cancer in 2017.

She’s stayed strong through it all, though, having gained 40 pounds and requiring the use of a cane. In October last year, she posted a picture on Twitter of her selection of canes, contemplating which one to break out for a “very important ceremony”.

“I have a very important ceremony coming up,” she wrote. “This will be my first time out since diagnosed with MS. Walking sticks are now part of my new normal. Thank you @neowalksticks for these beauties. Stay tuned to see which ones make the cut for a week of stuff.”

Dead to Me’s Jen Harding may be the last character Applegate plays, telling Variety last year, “With my disease, I don’t know how capable I am. But this was a gift.”