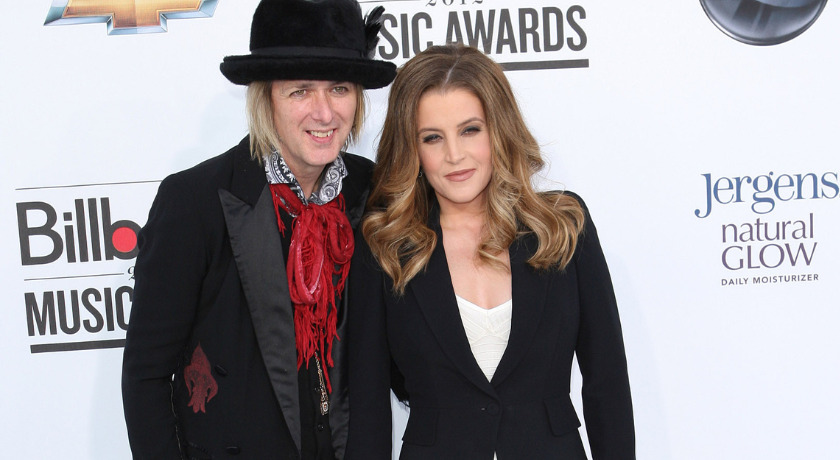 Following Lisa Marie Presley’s passing, many questions have risen regarding custody rights to her 14-year-old twin daughters, Harper and Finley. Possible guardians for the girls include Priscilla Presley (her mother), Riley Keough (her daughter), Danny Keough (her ex-husband), and the girls’ father, Michael Lockwood, who currently has 40% custody of his daughters. With these in mind, let’s look at what caused the late musician’s most recent divorce to Lockwood.

Presley and Lockwood originally married in 2006 and welcomed their daughters two years later. They remained married for eight more years, before filing for divorce in June of 2016. It was a messy and very lengthy divorce that carried on for nearly five years, before it was official in May of 2021.

Lisa Marie initiated the divorce in 2016. Her lawyer, Ronald Litz, spoke to People at that time as to why she decided to split with her husband.

“[Lockwood] apparently was in charge of her assets throughout the marriage and didn’t do what he should have done on a fiduciary basis.” He later added that he “took advantage of her” financially.

Regarding their children, Presley was pursuing full custody of Harper and Finley, who were seven years old at the time.

“There are some problems with [Lockwood] being a good father, in terms of what a father is supposed to do,” Litz explained. “I absolutely believe that what we’re asking for is necessary.”

Shortly following their announcement to split, Presley checked into rehab for a pill addiction. She had previously been open about her battle with addiction as far back as 2003, when she spoke with Paper Magazine.

“[I used] cocaine, sedatives, pot and drinking — all at the same time,” Presley admitted. “I just couldn’t be sober. I don’t know how I lived through it.”

At the time she checked into rehab, a source informed US Weekly, “She’s doing OK but needed to get this under control.”

She remained in rehab until February 2017. Upon her return home, more problems ensued as the children were placed in the custody of child protective services, before moving in with their grandmother, Priscilla Presley.

“While Respondent [Lockwood] has yet to be convicted of crimes related to his possession of these photos,” the filing stated, “that he possessed them is documented evidence of conduct that has destroyed the mental or emotional calm of Petitioner [Presley]… Accordingly, Respondent’s request for spousal support must be denied by reason of his conduct alone.”

Lockwood denied these allegations. His lawyer, Jeff Sturman, spoke with People about their stance on the situation.

“Mr. Lockwood and his lawyers believe that it is very unfortunate and inappropriate that Ms. Presley chose to file a one-sided, inaccurate version of the facts in the Family Law Court’s publicly accessible files.”

Lockwood’s legal team argued that Presley was taking advantage of their presence in the media and that the abundance of press exposure in this situation would inevitably be great. Presley had her own comments on the allegations.

She stated that the trial would be related to “the hundreds of inappropriate photos that I discovered that Respondent had taken as well as disturbing video footage and behavior. When I discovered the photos on Respondent’s computer, and viewed the videos, I was shocked and horrified and sick to my stomach.”

She added, “I had no idea that Respondent had taken these photos.”

In 2020, following the death of Presley’s son, Ben Keough, Lockwood filed papers in the custody case arguing that he feared Presley would relapse, due to the trauma of losing her son to suicide, per US Weekly, taking advantage of her previous drug addiction to further his case for custody.

“With all due sympathy and respect,” Lockwood stated in the documents, “this creates a new and unaddressed twofold problem: the safety of the children and the greater likelihood of Petitioner [Presley] to relapse into drug or alcohol dependency.”

Ben had used a gun to commit suicide which also raised concern for Lockwood, saying, “and it is unclear where the gun was kept or whether Finley and/or Harper might have had access to this gun or others. Thus, there is significant high risk to the safety of the children which would ordinarily justify 100 percent physical custody to Respondent at this time in such circumstances.”

Their divorce was official in 2021.

The couple eventually reached a decision for joint custody, in which Presley eventually held 60% custody to Lockwood’s 40%. With her passing, and the history of Lockwood’s mismanagement of handling a messy custody battle and divorce, it’ll be interesting to see where it is decided as to where the daughters will end up. Above all, we hope the girls end up in the custody of someone who will take good care of them and will guide them through this very difficult time.