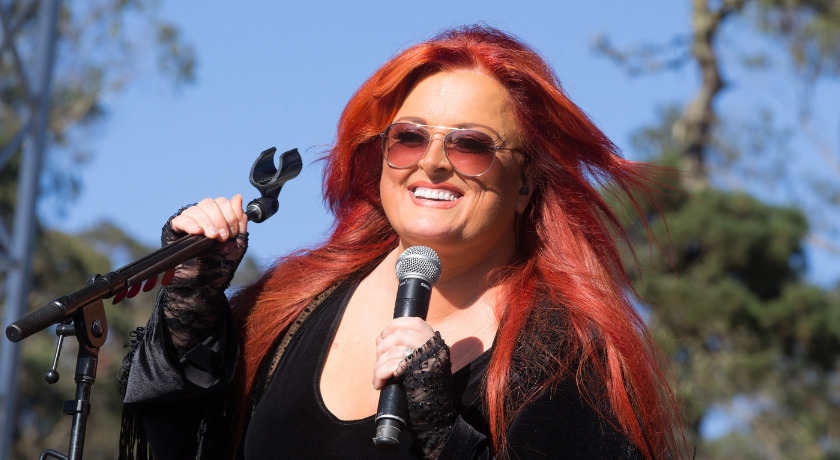 This month, Wynonna Judd begins touring the 2023 string of “The Judds: The Final Tour”; the second phase of a tour originally billing the Grammy-winning artist alongside her mother, Naomi Judd, before she committed suicide back in April 2022.

Both Wynonna and her sister, Ashley, have since opened up about how they feel about their mother’s tragic death. Wynonna spoke on CBS Sunday Morning in September, amid the start of the 2022 portion of the Final Tour.

“I did not know that she was at the place she was at when she ended it,” Wynonna said, about her mother. “Because she had had episodes before and she got better. And that’s what I live in, is like, ‘Was there anything I should have looked for or should I have known?’ I didn’t.”

Last Monday, Wynonna appeared on Hoda Kotb’s podcast, Making Space, and recalled her and Naomi’s last performance together, at the CMT Awards on April 2, 2022, saying “something wasn’t right” with her mother.

“I knew something wasn’t right in terms of her being off a little bit, a bit nervous.”

“I think it’s because she hadn’t sung in a long time,” she added. “And I think when our parents get older, their world gets smaller. And she was late [that night], and she is never late. I think she was nervous.”

Wynonna was supposed to accompany Kelsea Ballerini to perform in Nashville on New Year’s Eve, but had to cancel her appearance due to an “extreme bout of vertigo”. She took to Instagram to share the news.

“I was looking so forward to singing with my dear @kelseaballerini tonight. Instead, I am on the bus struggling with an extreme bout of vertigo, and am unable to perform.”

“Nashville, I am absolutely heartbroken and so sorry to have let you all down tonight,” she continued. “Kelsea, I look forward to stepping onstage with you in February, better than ever!!!!”

Amid this physical health obstacle, fans also expressed their concerns regarding Wynonna’s mental health, now that she’s embarking on Part Two of a tour that is surely difficult for the country musician to carry on, without her late mother.

“I am working so hard on my mental, physical, and spiritual well-being,” she said in an Instagram post. “I have a great team and I’m really blessed, and I’m broken, and I’m working really hard at self-care–which is not selfish–it’s sacred.

“So, just know that, yeah, I’m me, I work really hard,” she continued. “I have a very full schedule, but I also have time off to be on the farm and to walk in the woods and take the dogs. And tonight is Mexican night, we’re playing games and it’s family. So I’m okay.”

“Last thing I’ll say is,” she concludes her video, “you can’t keep a good woman down for too long.”

Members of Little Big Town spoke with Country 102.5 out of Waltham, MA in October, about how performing with Judd was going to be for them.

“That’s gonna be pretty epic and daunting and humbling,” Karen Fairchild of LBT said, “we’re so grateful. I know for us as a band, when we’ve had these kinds of collaborations before, they end up being these defining moments in our career. I know just from seeing Wy a few times recently that the night that we get to spend with her honoring her mom and their legacy of music that has had such an impact on us.”

The band took to Instagram following their performance and wrote, “It was an absolute DREAM performing with Wynonna on The Judds tour dates this weekend.”

Judd also performed with Dead and Company this past Saturday in Cancun, Mexico as part of the Dead’s Playing in the Sand concert. She sang along the band’s hit song, “Ramble on Rose”, a song she and the Dead’s lead singer, Bob Weir, had recorded a cover of back in 2020.