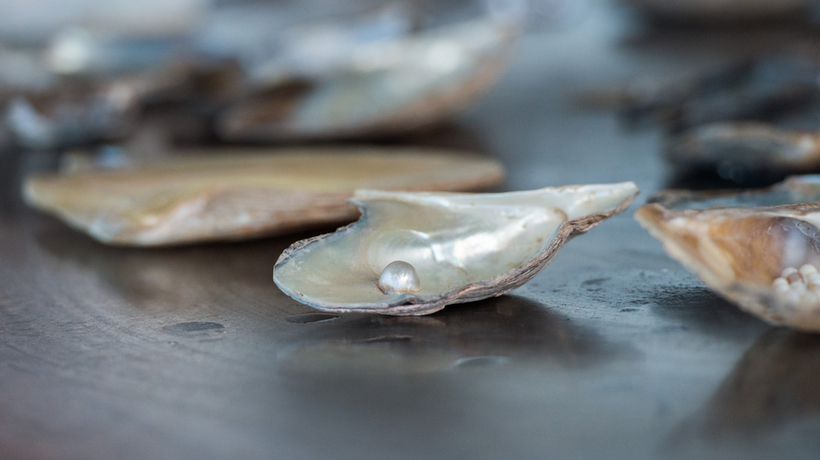 Featured image via Shutterstock and does not show clam and pearl from Lobster House.

A New Jersey couple got a pleasant surprise over President’s Day weekend after ordering their typical clam appetizer at their favorite restaurant.

Maria and Michael Spressler had gone to eat at the Lobster House in Cape May —  one of their annual traditions since 1987, according to CBS affiliate KYW-TV. It was the 34th anniversary of their first visit to the restaurant.

But the couple’s night took a lucky turn when Michael found a pearl in the last clam of his appetizer.

“I was down to the 12th one and when I picked it up on the fork it looked kinda heavy, but I didn’t think nothing of it,” Michael Spressler said to KYW. “Then when I started to eat it I noticed something was in my mouth. I actually thought one of my teeth broke.”

Luckily for Michael, he did not break a tooth. Instead, he uncovered an 8.8-millimeter pearl.

“We’ve never found anything like that so it was pretty exciting,” said Maria.

The restaurant shared this news on their social media and many of the customers celebrated the discovery. In the Facebook post, the restaurant clarified that it’s a common misconception to think that pearls are only found in oysters.

“Both [oysters and clams] produce pearls,” they commented.

The restaurant expressed their shock and amazement at what the Spresselers found.

“I have worked here for around 10 years now and I’ve never heard of someone finding one in one of our oysters or clamshells,” said Sarah Stadnicar, a worker at The Lobster House.

The pearl could be worth thousands of dollars, but the couple has no plans to sell it. The duo would rather make it into a “nice piece of jewelry” instead.

“It’s a beautiful remembrance of that day and what we have is so special,” Maria said.