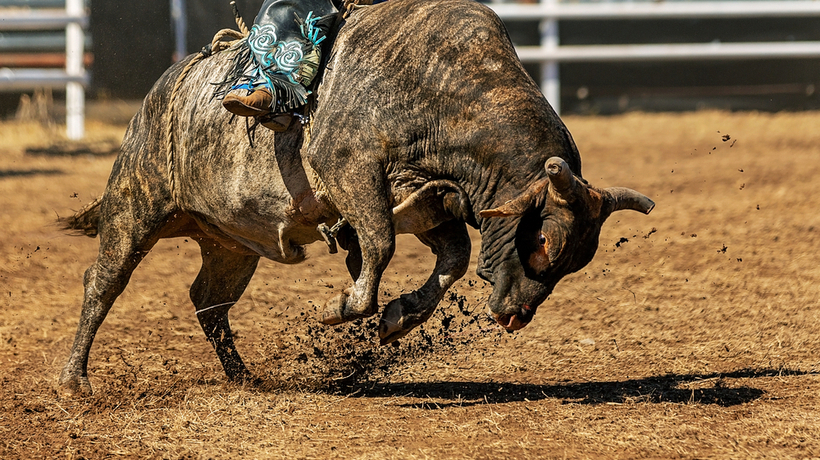 A heart-stopping clip of a father throwing his body over his son’s has gone viral after the son was thrown from a bull during a Texas rodeo.

In the video, Cody Hooks is seen flying off the bull’s back just moments after he entered the ring. Handlers rush to control the animal, but it continues its charge in Cody’s direction. It is in that moment that his father, Landis Hooks, shields Cody by laying on top of him and covering Cody’s face with his own.

“[It] could’ve been a [hell of a] lot worse,” said Cody, who posted the video on his Instagram profile.

“Big thanks to my dad @hooks.landis and the bullfighters last night in Belton, Tx,” he continued, adding the hashtag, “#blessed.“

The video has been viewed over 131,000 times as of Tuesday afternoon, with commenters chiming in on Landis’ courage and selfless love for his son.

“A father willing to lay down his life for his son!” wrote one user in the top comment on the post.

“That’s a hell of a Dad you got,” added another.