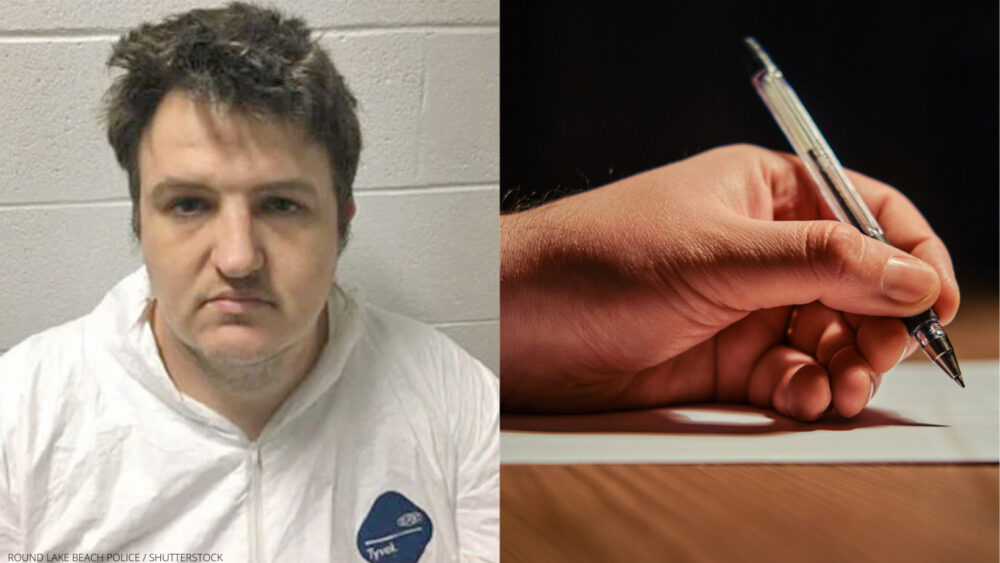 After allegedly drowning his three children, 35-year-old Illinois father Jason E. Karels left a horrific note for his estranged wife, reading “If I can’t have them, neither can you.”

According to CBS News, prosecutors revealed the note during Karels’ bond hearing. Authorities believe that Karels is responsible for killing his sons Bryant, 5, Cassidy, 3, and Gideon, 2, in a bathtub at his Round Lake Beach home during a custodial visit. He now faces three murder charges and is being held on a $10 million bond.

CBS Chicago reports that Karels’ estranged wife, Debra, discovered her children’s dead bodies laying on a bed Monday, when she went to pick them up after they spent the weekend with her husband.

Afterward, Karels was reportedly missing from his home along with his red Nissan Maxima. Police later spotted the car along I-57 and chased him for 17 minutes before Karels crashed the vehicle.

“After the crash, Karels made statements to police officers involved in the chase and wearing body-worn cameras indicating he was responsible for the deaths of the children at the Round Lake Beach home,” Round Lake Beach Police Chief Gilbert Rivera said during a press conference earlier this week. “He also said he attempted to commit suicide several times after the deaths of the children.”

In an interview with CBS Chicago on Wednesday, Debra revealed that she and Karels were in the middle of a divorce, because he “constantly played games and neglected his family.”

“The most important thing to me were the kids, and he knew that,” she said. “He knew that nothing mattered but those children, and he took them away from me, because he knew that would hurt me the most.”

Karels is due back in court June 21st.