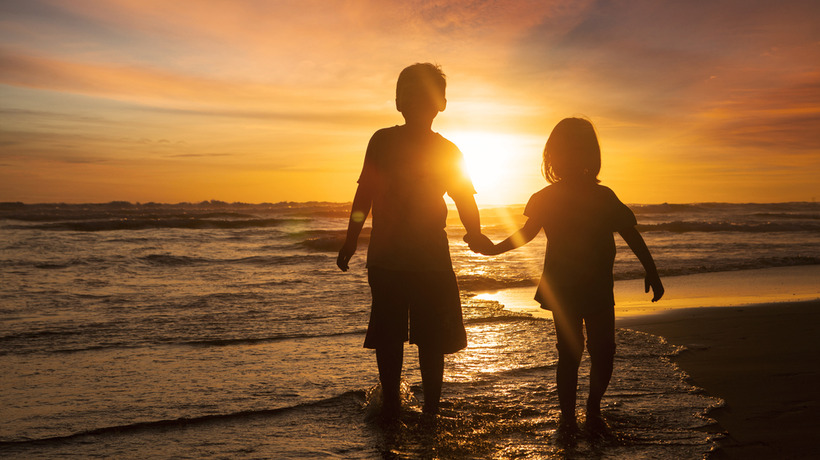 Featured image via Shutterstock and does not show Adalynn and Jackson. Photo for illustrative purposes only.

In his 4-year-old daughter Adalynn’s final hours, Matt Sooter watched as his 6-year-old son Jackson stood at her bedside, stroking her hair.

It was June 3rd, 2018. Later that day, Sooter, who lives in Arkansas, watched his daughter take her last breaths after battling a brain tumor.

“A little boy should not have to say goodbye to his partner in crime, his playmate, his best friend, his little sister,” Sooter wrote in a Facebook post alongside the photo. “This isn’t how it’s supposed to be. But this is the broken world we live in.”

In the photo, the little boy is resting his hand on his sister’s forehead. Adalynn is gently holding her brother’s left wrist with her right hand.

“It was a sweet moment, but not unexpected,” Matt told PEOPLE. “Jackson has always been great with her and took very good care of her. He’s still a happy little boy, but he misses her.”

Adalynn passed away at 1:04 that morning. It was just 18 months earlier, on November 12th, 2016, that she received the devastating diagnosis of a brain stem tumor known as diffuse intrinsic pontine glioma (DPIG).

Though DIPG has no cure, radiation can temporarily shrink the tumor and give families more time with their loved one. Adalynn endured dozens of radiation treatments before Matt and Adalynn’s mother, Chandra, were told that there was nothing else that could be done.

Not willing to give up hope, the couple took their little girl to Monterrey, Mexico to begin an experimental treatment. For nearly a year, the family went back and forth from Arkansas to Mexico. Matt says that a single trip could last as many as 12 days, and expenses totaled more than $200,000.

A month before his daughter’s death, Matt told PEOPLE that they were prepared for the worst.

“While we don’t look forward to a future without our little girl, we don’t fear it,” he said at the time.

After Adalynn’s passing, Sooter said that he found solace in knowing that he and his family will “see her again some day.”

“We miss her terribly, but we’re also at peace knowing we did everything we could to try to help her and that she isn’t in pain anymore,” Sooter said. “It was only, ‘See you later.’”