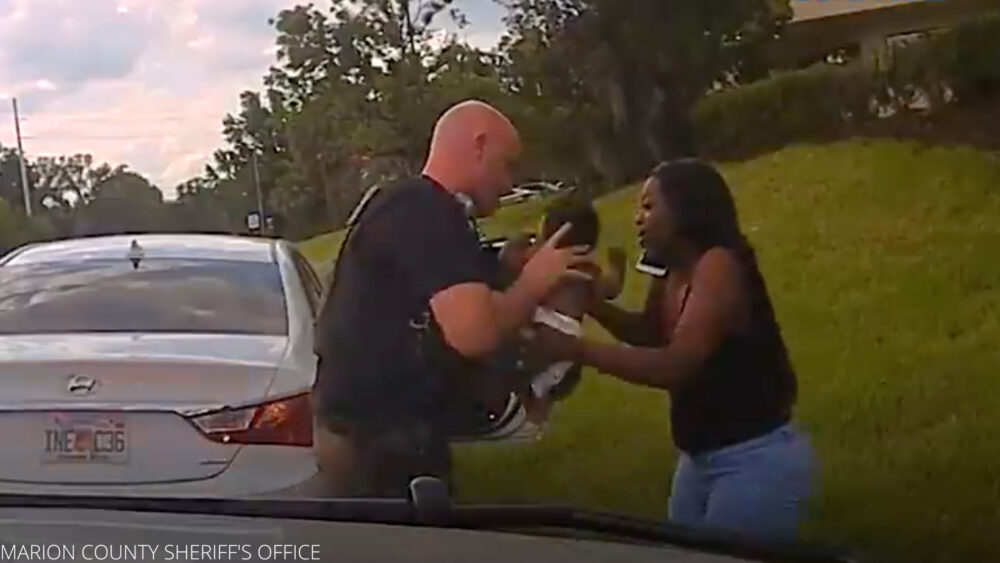 Back in August of 2021, 20-year-old Ladonya Williams and her father were returning from a trip to visit Ladonya’s grandmother in Akron, Ohio, when horror began to unfold before their eyes.

According to ABC affiliate WEWS, while waiting at a red light, the pair were suddenly shocked by a Grand Cherokee barreling toward them at a high speed before slamming into another car that was preparing to turn. Williams — a professional model since the age of 14 with Fashion Teens of Akron —was then faced with a traumatized woman who had fled the car and was begging for help.

“I thought, ‘Oh my God, I don’t know what’s happening.’ She was screaming that her child was dying and that her baby was choking,” she recalled to the outlet. “Everything was just happening so fast.”

The frantic woman explained that she had been speeding to the hospital in a desperate attempt to save her choking baby when the crash occurred.

“As soon as the woman said that her baby was choking, I knew that I knew what to do,” she said to Fox affiliate WJW, adding to WEWS that she “just wanted him to be okay and wanted the mother not to lose her child.”

As reported by WEWS, Williams sprang into action, using skills she had learned from a Red Cross first aid course she had taken when she was 18 years old to resuscitate the baby.

“I was on my knee and I just had him [upside down] and I was just really patting his back really firmly,” she told the outlet. “I knew the baby was getting a little bit of air and I knew that the ambulance was coming. We were so close to the hospital, so I flipped the baby over and I put my ear up against his chest just to make sure he was breathing, and he was,” she added to WJW. “So then I just held him on my chest and I just held his mother’s hand, and we waited for the ambulance to come.”

A Hero is Honored

Now, nearly three months after the brave rescue, Williams is being honored by the Akron Police Department for her efforts that saved the infant’s life.

“It wasn’t just a life, it was one of the most precious lives in a community: a 7-month old baby,” People.com reports Chief Stephen Mylett said at the press conference, where Williams was presented with a civilian commendation.

“In a situation that was very chaotic, very stressful, very scary, she maintained control,” Mylett continued. “She went over, got this baby that was not breathing… and started doing compressions and brought the baby back.”

Though authorities hailed Ladonya Williams as a hero, the 20-year-old insists that she simply did the right thing.

“I don’t really feel like a hero,” she told WEWS. “I just feel like somebody who was able to help someone in need, and I feel like it’s something that anybody who could have and would have done.”

Meanwhile, her father Donny Williams—an Akron police detective of 30 years—beamed with pride and admiration for his daughter.

“Everyone there is in panic mode, including me, and I’m a trained professional. I do this every day, I see it all the time, but to see someone perform like that, especially my daughter under that type of pressure at such a horrific scene, it was just amazing,” he told WJW.

He spoke again at the press conference honoring Ladonya.

“I’m always proud of my children but this may be one of the proudest moments of my life,” Donny said. “To see her such a terrific act, so selfless… it’s one of those things in life you never forget.”

Speaking to reporters at the conference, Ladonya said she “never thought I’d do anything like this in my life” but urged others to use her story as motivation to be prepared in case they find themselves in a similar situation.

“I really want to encourage everyone to get certified in CPR and do what you can where you can,” she told the reporters.

“It’s very important,” she added to WEWS. “You could save somebody’s life.”

Featured photo via Shutterstock and does not show actual scene. Image for representational purposes only.