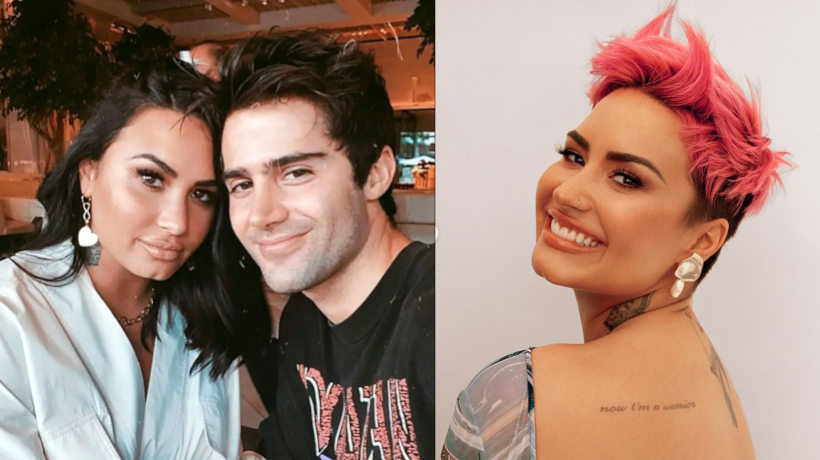 After calling off an engagement, Demi Lovato is opening up on how that experience helped on her journey to finding her sexuality.

Lovato is featured on the May cover of Glamour, and she explained in the interview released online Thursday, March 11 that her past experiences have helped her understand her sexuality and find a “sense of relief.”

Reflecting on her recent called-off engagement to Max Ehrich, in September two months after Ehrich proposed, Lovato said it was extremely eye-opening for her in terms of her sexuality.

“This past year, I was engaged to a man and when it didn’t work, I was like, ‘This is a huge sign,’” she said. “I thought I was going to spend my life with someone. Now that I wasn’t going to, I felt this sense of relief that I could live my truth.”

As Lovato is getting older, she started to realize how queer she really is. She went on to explain that she is giving herself time before she publicly adds more labels to further define herself.

“I know who I am and what I am, but I’m just waiting until a specific timeline to come out to the world as what I am. I’m following my healers’ timeline, and I’m using this time to really study and educate myself on my journey and what I’m preparing to do,” she said.

This is not the first time Lovato has discussed her fluidity, she shared in the April 2018 issue of InStyle that love can be found “in any gender.”

During a conversation with Tan France for Facebook’s Coming Out 2020 event last October, Demi admitted she’s known she was queer since she was young and revealed some of her songs were actually about girls. “I was sharing it with the world, yet I wasn’t being completely obvious with what I was talking about,” she explained. “Music was my safe space.”

In the Glamour interview, Lovato discussed how things felt “right” when she had a romantic encounter with a woman. “I hooked up with a girl and was like, ‘I like this a lot more.’ It felt better. It felt right,” she said.

“Some of the guys I was hanging out with—when it would come time to be sexual or intimate, I would have this kind of visceral reaction. Like, ‘I just don’t want to put my mouth there.’ It wasn’t even based on the person it was with. I just found myself really appreciation the friendships of those people more than the romance, and I didn’t want the romance from anybody of the opposite sex.”

In the cover story, Lovato also discussed her sobriety and her near-fatal 2018 drug overdose, something she has continued to speak openly about in her recent interviews. While she is done with the substances that caused her to overdose, she doesn’t believe cutting herself off completely is the best idea.

“I called [her recovery case manager] and was like, ‘Something’s not right. I’m living one side of my life completely legalizing and this other side following a program that’s telling me if I slip up, I’m going to die…I think I want to try this balance thing in the substance side of my life, too,” the singer said.

Last month, as the tailer debuted for her Demi Lovato: Dancing with the Devil documentary, Lovato told People during the Television Critics Association panel that she “wouldn’t change a thing” about what she has went through after the drug overdose experience.

“I’m so proud of the person I am today,” she said. “And I’m so proud that people get to see it in this documentary, and I couldn’t be more grateful that I had someone by my side.”