Tina Turner's son has died-he was 62, too young to die 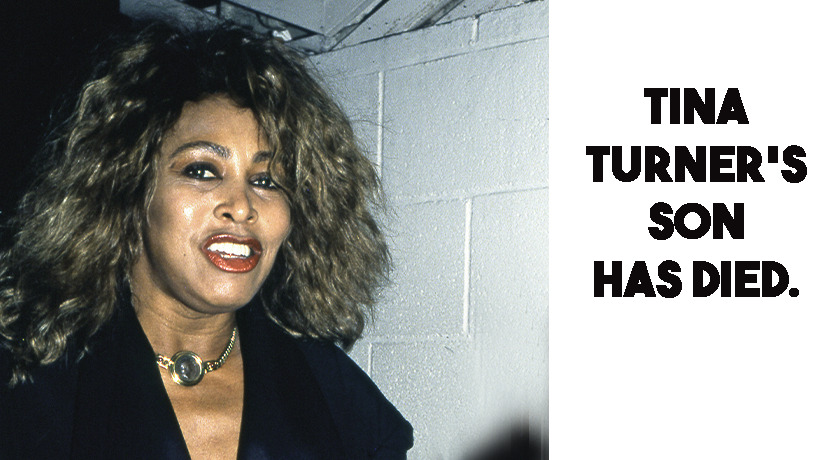 Tina Turner announced on Friday, December 9, that her son Ronnie Turner had died. He was 62 years old.

“Ronnie, you left the world far too early. In sorrow, I close my eyes and think of you, my beloved son,” the caption read.

Ronnie’s wife, Afida Turner, also shared an Instagram post dedicated to her late husband. She called him “a true angel” and her “best friend.”

Per People, police and paramedics responded to a 911 call to Ronnie’s home in Encino, California, at 9:40 a.m. on Friday. He was having trouble breathing and was pronounced dead at the scene.

Tina, 83, had Ronnie with ex-husband Ike Turner. Ronnie was the youngest of Tina’s four sons.

The “What’s Love Got to Do with It” singer’s firstborn, Craig Turner, died by suicide in 2018. Craig’s father was saxophonist Raymond Hill, but Ike Turner adopted him in 1962.

“My saddest moment as a mother,” she wrote. “On Thursday, July 19, 2018, I said my final goodbye to my son, Craig Raymond Turner, when I gathered with family and friends to scatter his ashes off the coast of California. He was fifty-nine when he died so tragically, but he will always be my baby.”

According to Billboard, Ronnie was a musician like both of his parents. He played bass in a band called Manufactured Funk and played a role in Tina’s 1993 biopic What’s Love Got to Do with It.

Tina got remarried in 2013 to German record-executive Erwin Bach. They have been living in Europe together ever since.

Tina first rose to fame in the 1960s during her time as a vocalist in the band The Ike and Tina Turner Revue. Their cover of “Proud Mary” put them on the map in 1968 and won a Grammy for Best R&B Vocal Performance by a Duo or Group.

Tina started her successful, decades-long solo career in the 1970s and earned herself eight Grammy’s and a number-one hit. She officially retired in 2009 and lives in Zurich, Switzerland, with her husband.