Dolly Parton Opens Up About Her Depression and Contemplating Suicide 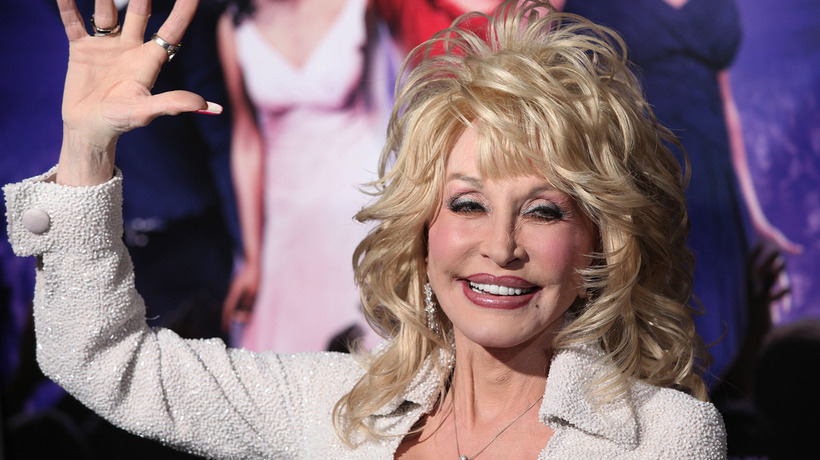 Trigger Warning: This article discusses depression and suicidal thoughts. If you or someone you know needs help, call the National Suicide Prevention Lifeline at 1-800-273-8255.

Known for optimism and positive energy, Dolly Parton is one of the most cherished celebrities and country artists today. However, despite her widespread success, the 9 to 5 singer has still faced her share of obstacles.

Besides her husband’s infidelity, so famously detailed in her hit, “Jolene,” the singer has opened up about her own dark periods.

On Jad Abumrad’s nine-part podcast Dolly Parton’s America, she talked about a vulnerable period of her life.

“I got overweight and I was going through the change of life, I was having a lot female problems, I’d been going through a whole lot of family things, just the stress, the heartache,” she said. “There was just several things going on at that time. I was just broken down,” she said.

It became so dark for her that at one point, she even admitted to contemplating suicide.

In 1982, she canceled her tour due to abdominal pain and bleeding, and two years later, she had a partial hysterectomy, which made her unable to have children. This period was very depressing for her.

“People are always saying to me I’m happy all the time,” she said. “But nobody is happy all the time. I am a tender-hearted person and I feel everything to the ninth degree. Every once in a while I just feel you know… sad-hearted and melancholy.”

At the time, she also struggled with binge eating and heartache from an emotional love affair.

“Sometimes God just has to smack you down,” Parton told Closer Weekly. “He was almost saying, ‘Sit your pretty little ass down because we have to deal with some stuff!’”

On Abumrad’s podcast, she talked about how her faith helped her overcome her inner demons.

“I just said things like, ‘Look this is ridiculous, I am not happy,’ [and] arguing about why when they say you shouldn’t commit suicide because that’s a sin you can’t get forgiven for,” she said. “Everything was just confusing to me and I was just angry and I was hurt, and I was unhappy, and so I just said ‘You’re going to have to get me some answers or I’m getting out of here. And then we’ll both deal with it.’”

In her book Dolly on Dolly, Interviews and Encounters with Dolly Parton, she described a moment in which she thought about taking her own life.

“I was sitting upstairs in my bedroom one afternoon when I noticed in the nightstand drawer my gun that I keep for burglars. I looked at it a long time. Then, just as I picked it up, just to hold it and look at it for a moment, our little dog, Popeye, came running up the stairs,” she wrote.

“God is dog spelled backwards, and I always thought that might have been the very thing,” she told Abumrad.

Parton told The Mirror that after coming out of that experience, she found that she was “twice the person I ever was.”

“It was good for me. I didn’t drink or get on drugs but I saw where you could. I saw how people could get depressed enough to kill yourself,” she said.