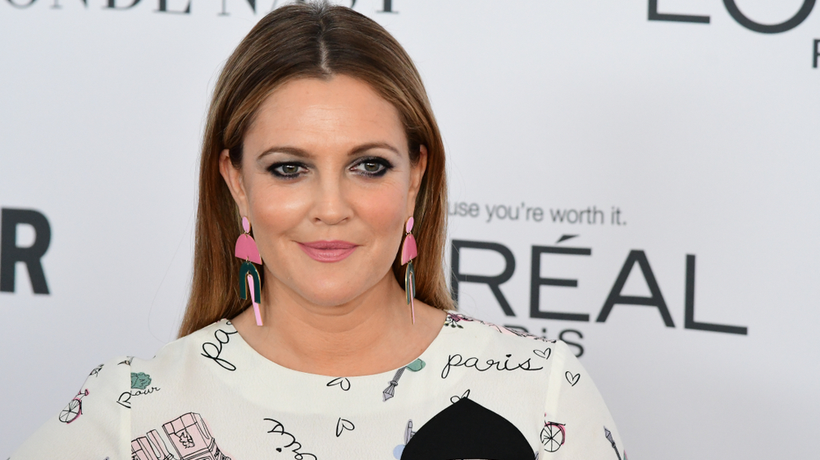 Drew Barrymore may have been a child star, but you may not know that her childhood was far from glamorous.

In a new interview with Howard Stern, the actress offered new details about being placed in a “full psychiatric ward” by her mother for 18 months.

“I used to laugh at those like Malibu 30 day places,” she recalled. “Malibu was sort of the opposite of the experience I had. I was in a place for a year and a half called Van Eyes Psychiatric. And you couldn’t mess around in there and if you did, you would get thrown either in a padded room or get put in stretcher restraints, and tied up.”

The actress explained that her mother, Jaid Barrymore, admitted her to the facility because she was a reckless child star with “too many resources.” She admits, “I was going to clubs and not going to school and stealing my mom’s car and, you know, I was out of control. So, you know, sometimes it was as humorous as that and sometimes I was just so angry that I would go off and then I’d get thrown in the thing.”

What is the thing that she is referring to? Drew is referring to is a padded room, where she’d be forced to “cool out” for hours on end, sometimes while her hands were tied behind her back…absolutely awful.

She admitted that it was an extreme form of discipline, but with time she realized it was what she needed. “I asked myself like why is this happening. And I thought, maybe you need the craziest form of structure because everything was so accessible available, and screwed up in your world that maybe it’s going to take something like this for you to kickstart the rest of your life,” she explained. “And that didn’t come for probably about six to eight months. The first six to eight months I was just so angry. I couldn’t see straight.”

Drew said she has a greater understanding of her mother’s decision to commit her.

“I think after, you know, 30, years of therapy, and a lot of soul searching and having kids myself, you know, I think she created a monster,” she reflected. And she didn’t know what to do with the monster.”

It was through those three decades of therapy that Drew learned to “forgive her for making this choice.” The actress said, “She probably felt like she had nowhere to turn. And I’m sure she lived with a lot of guilt for years, about creating the monster but then I think she lived in a lot of pain that I also wouldn’t talk to her for a long time.”

“I can’t have her feel bad anymore. I’m sure she’s already made the crap out of herself for having a daughter who wouldn’t speak to her,” Drew says. “I mean, the pain that I went through from that—I felt so guilty. Denying my mom access to me, it felt like I was cutting off the source of life. It was as hard of a feeling as I’ve ever experienced. Definitely the worst pain I’ve ever known.

The ordeal has impacted how Drew chooses to parent her own child. “I said to my own daughter… something came up and I said I’m not your friend. I’ll never be your friend; I’m your mother. And I had a mother who was a friend, and we’re not going to do that.”

Drew told Howard she “definitely turned to drinking and eating” after her split with Will Kopelman in 2016, but had to seek help when she realized she was “slowly dying inside.”

She reached out to loved ones stating, “I luckily have really great friends who are real ass kickers and who are really honest with me—I’ve always chosen that no bulls–t group.”