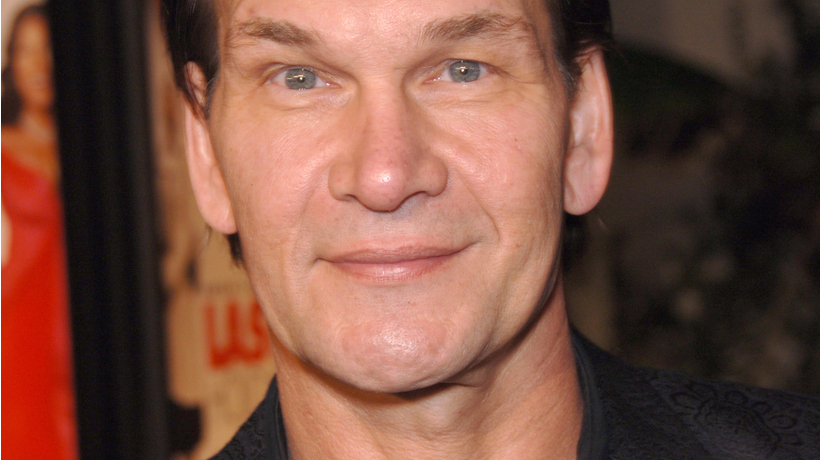 Since stealing hearts in his roles from The Outsiders to Dirty Dancing, actor Patrick Swayze has been the subject of profound interest for decades.

Here are eight facts you might not know about the iconic actor, compiled by Mental Floss!

1. Patrick Swayze was on a Disney ice show

Swayze is most well known for his roles in 1983’s The Outsiders and 1987’s Dirty Dancing, but he also appeared on a Disney ice show. Fresh out of college, he toured for one year with the Disney on Parade ice show as Prince Charming. Swayze started dancing at a young age, eventually branching out to football and gymnastics.

Swayze moved to New York when he was 19 to pursue a stage career, but his dancing aspirations were put on hold after a knee injury. After the injury, he auditioned and won the part of Danny Zuko for Broadway’s production of Grease, previously played by John Travolta. Swayze invested his salary from the show into acting classes.

During his film debut in 1979’s Skatetown USA, Swayze feared his career might flop. Rather than accept a multi-film contract, he and his wife, Lisa, decided to open up a carpentry business, Nepotism Inc. While Swayze knew little about carpentry, he studied books on the subject. The business was successful and kept him busy between acting auditions.


“She’s Like the Wind” was a hit song that came out of the film Dirty Dancing. On the soundtrack, it listed Swayze as the singer and co-writer. However, the song wasn’t composed for the film. Swayze co-wrote it for 1984’s Grandview, USA, but when the production passed on using it, Swayze resurrected it for Dirty Dancing.

5. Dirty Dancing almost got Swayze his own fragrance

Dirty Dancing made Swayze a recognized movie star. In a 1988 interview, he said that the success led to many different types of offers. “There are people who want me to do a cologne,” he said. “They want to call it Patrick. I was offered a fortune to make exercise videos. Posters, all kinds of stuff—something like $10 million worth. It’s insanity. I’m not going to do any of it.”

6. Patrick Swayze wasn’t the first choice for the film Ghost

In 1990, director Jerry Zucker told People that Swayze “was not his first choice.” That changed once Swayze read a key scene from the film in Zucker’s office. “We all had tears in our eyes, right there in the office—and we knew how it ends,” Zucker said. Ghost became one of Swayze’s biggest hits.

7. It wasn’t skydiving, but surfing that made Point Break so dangerous for Patrick Swayze

In 1991’s Point Break, Swayze portrayed Bodhi, a Zen Master of a bank robber. Reportedly, the actor went on an estimated 50 skydiving jumps to prepare for the film. Swayze found this ironic since he feared suffering a far more dangerous activity. “The funny thing was, it was a joke for the insurance company to give me such a battle about the skydiving, when, statistically, skydiving has become one of the safest sports around,” Swayze told the Morning Call in 1991. While surfing, Swayze said he regularly slammed into coral reefers and was held underwater.

8. The I Am Patrick Swayze documentary set a ratings record.

Swayze passed away 13 years ago, at the age of 57, from pancreatic cancer. His life and work were celebrated with the Paramount Network documentary I Am Patrick Swayze. The film premiered on August 18, 2019, and earned a total of 2 million viewers, making it the most-watched cable personality documentary of the year.