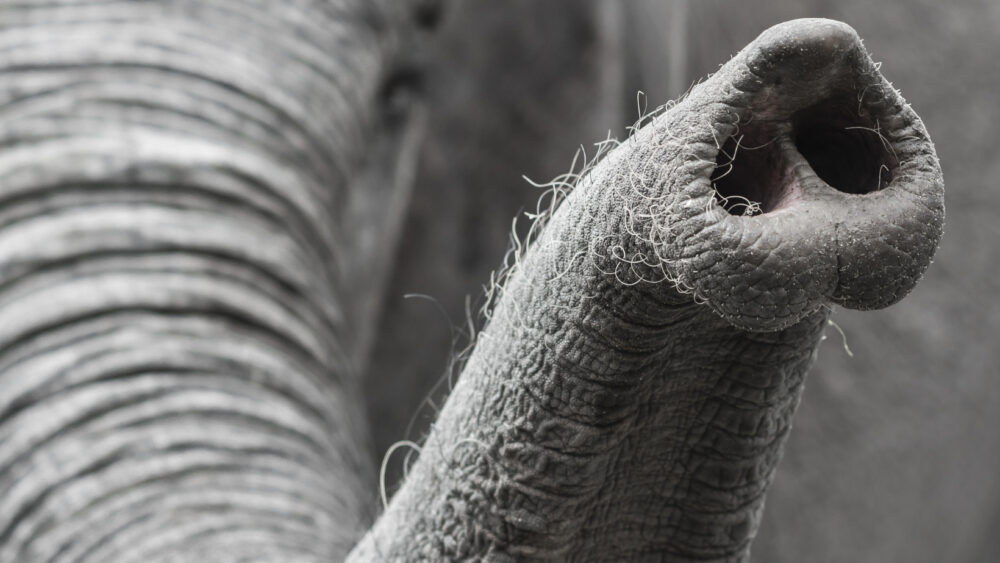 In a recent clip that has gone viral online, an elephant used its trunk to forcibly break into the home of Samuel Babu, a resident of Tamil Nadu, India, and ransacked his kitchen, according to a story in PEOPLE.

On June 26th, the elephant was visiting the neighborhood and seemed to pick up on an irresistible scent and “sniffed its way to the source,” which happened to be Babu’s kitchen.

The clip, which came from a security camera inside Babu’s house, shows what happened next. It began with a completely still kitchen. Then, the viewer sees a clumsy, curious trunk break in and nose its way around. Soon, the elephant was finding “tasty treats” and “hauling them out of the house” with its appendage.

Eventually, it seems the elephant discarded any attempt at being sneaky. Through the video, we see the elephant’s entire upper body smash through Babu’s kitchen wall to get better access to the food. After getting its food, the elephant cheerfully walks away.

Samuel Babu and his family were sleeping upstairs when the elephant bulldozed their kitchen wall. After all the commotion woke them up, the family quickly ran downstairs from their rooms and watched in shock as the elephant grabbed its tasty morsels of food before proceeding to wander off. No one – either human or elephant – was hurt.

However, according to Babu, the elephant “totally damaged” the kitchen during its nighttime food heist, and he has now had the kitchen wall replaced.

Babu believes that the elephant was after the oil cakes he had bought for his cows and had left on his kitchen countertop.