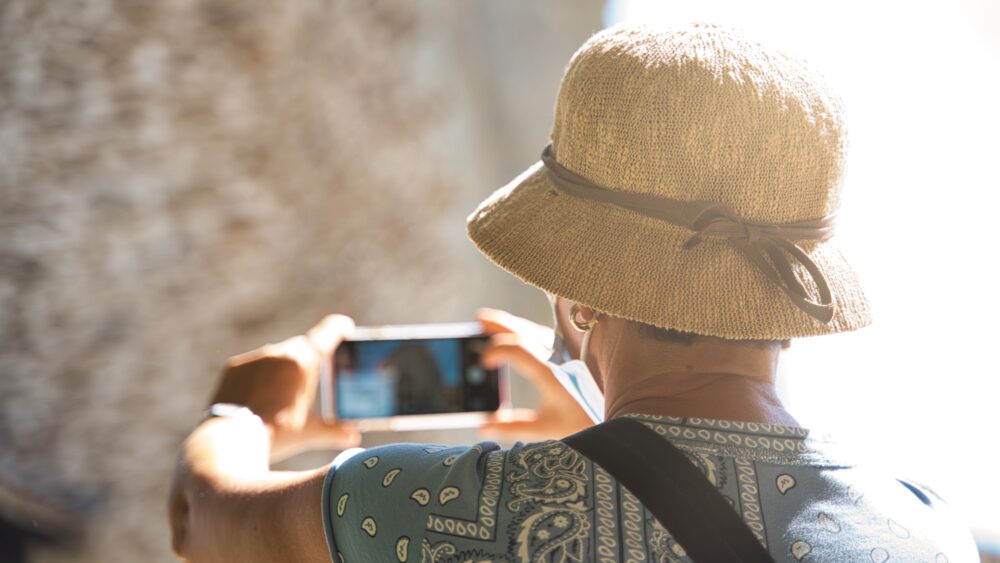 Featured image via Shutterstock and does not show Pamela Rae Martinez. Photo for illustrative purposes only.

According to a story in PEOPLE, an Arizona grandmother took a picture of her murderer just moments before she was gunned down in her own car, ultimately solving her own murder.

Per PEOPLE, “officers responded to a single vehicle accident off the roadway into a landscaping area in Glendale, Arizona,” on June 11th, where they found the body of 60-year old Pamela Rae Martinez.

“[She] did not deserve that,” the victim’s daughter, Monique Daniels, said in an interview. According to Daniels, Martinez was “less than three minutes away” from home when she was gunned down.

Police investigation revealed that Martinez was an UberEats food delivery driver who had just completed her final trip of the day and was headed home.

According to a witness, Martinez was parked on the side of the road when a van pulled alongside her car. The witness said they saw a man get out of the van and approach Martinez’s vehicle, before “driving off.”

Glendale authorities report that Martinez used her phone to take a picture of her alleged killer moments before she was fatally shot. Investigators later identified the perpetrator as Rusty French, a 62-year-old man.

In an interview with KPNX, Glendale police officer Tiffany Ngalula explained that the photo depicted a man sitting inside the same van the witness described. Ngalula adds that had she not done that, police most likely would have never been able to identify the shooter.

When French was brought into questioning on June 15th, he admitted to being the person in the photo, “but said he must have blacked out as to what occurred,” the news release states.

French was implicated further when a ballistics match between a handgun found in the suspect’s home and the one used in the shooting came back positive.

According to reports on the incident, French “showed no remorse” and now faces one count of second degree murder.

“Our whole life she’s been a fighter,” Daniels said of Martinez. “She’s been so strong, and I told my husband that she solved her own homicide.”