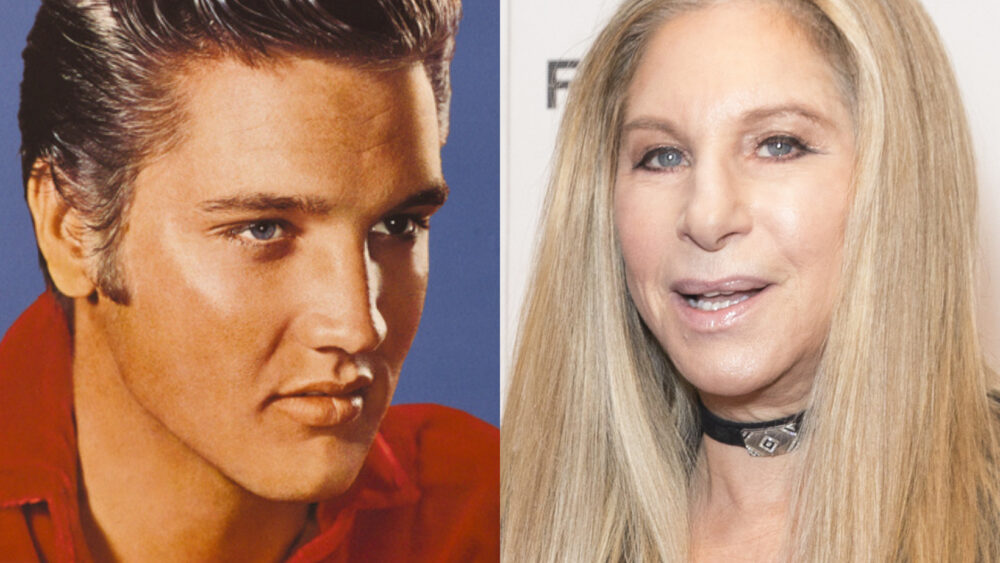 Elvis Presley is well known for his top-charting songs like “Can’t Help Falling in Love” and “Hound Dog,” but he also starred in movie musicals throughout the 1960s.

When Presley’s relevancy began to fade in the ‘70s, he was presented with a career-defining opportunity. In 1974, Barbra Streisand asked Presley if he wanted to star in her remake of A Star Is Born.

The original A Star Is Born was made in 1934 and was just as successful as the 1954 remake. Streisand’s version was a guaranteed success, and Presley jumped at the opportunity to star in the classic film.

On March 28, 1974, Streisand visited Presley after a performance at Las Vegas’ Caesars Palace to tell him he was the perfect fit for the role. Her boyfriend and producer of the film Jon Peters, also expressed that he felt Presley was the ideal fit.

Peter Guralnick, Presley’s biographer, wrote in Careless Love: The Unmaking of Elvis Presley: “Elvis was completely turned on by the meeting. He was excited by its subject (he knew the highly emotional 1954 picture well), he was pleased with the idea that Streisand would approach him in this manner, and he was proud of the way he had responded, flattering the Hollywood star just enough…he spoke excitedly about it for days to the guys.”

At the time of the movie offer, it had been two years since Presley had a successful song, and he hadn’t acted in five years. A Star Is Born would’ve been the perfect career move.

However, Presley’s manager Colonel Parker felt the role wasn’t in Presley’s best interest because Streisand was the star rather than Presley’s. Presley didn’t care about who was the star and pushed for Parker to agree to the film.

Parker decided to make unreasonable requests in order to price Presley out of the movie role.

Warner Brothers and Strisand’s First Artists production company offered $500,000 plus 10% net profits. The filmmakers also wanted to keep the rights to the soundtrack album. In response, Parker demanded a $1 million salary and 50% of the net profits. He also demanded $100,000 in expenses, approval on the songs, and a percentage of the soundtrack. These demands were promptly rejected.

Kris Kristofferson ended up taking on the lead role in the film, and A Star Is Born went on to become the second high-grossing film of 1976. The film won five Golden Globes, an Academy Award, and a Grammy.

Parker felt like he was working in Presley’s best interest, but turning down the role only damaged Presley’s career. After 1974, Presley’s career continued to steadily decline until his death in 1977.