One Man Dies, His Brother Missing After Jumping from ‘Jaws Bridge’ 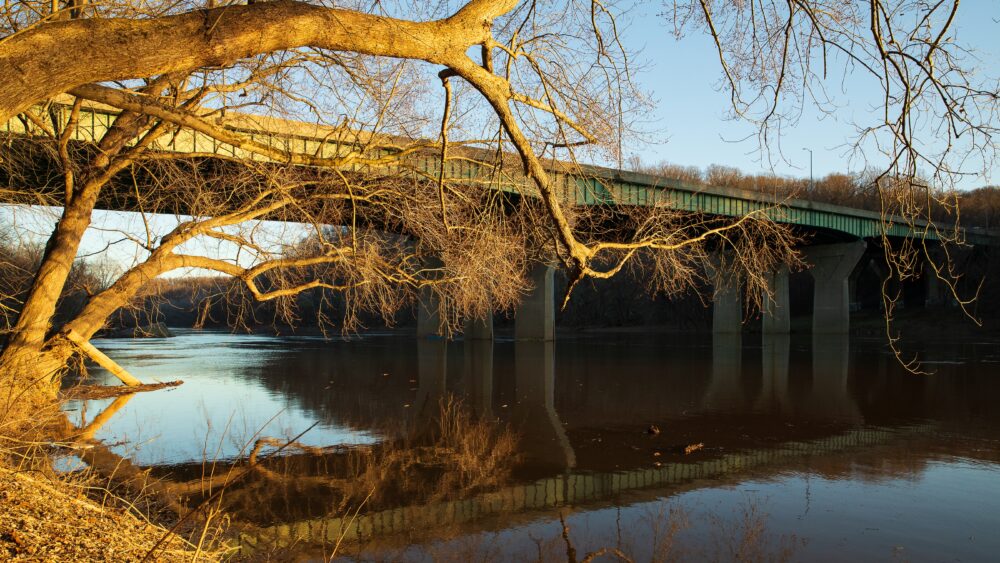 One man was found dead, and another is missing after jumping from the American Legion Bridge off the coast of Martha’s Vineyard.

The iconic Massachusetts bridge was featured in the film Jaws and is popular with locals and tourists.

Massachusetts State Police reportedly found the body of an adult male on Monday morning after he and another man jumped from the “Jaws Bridge” on Sunday night.

According to WHDH, the two men were brothers. The missing man is 21, and the deceased man was 26, per CBS News.

“At midnight, Massachusetts State Police were requested by Edgartown Police to assist in searching for two young adult males who jumped into the water from the ‘Jaws Bridge’ on Martha’s Vineyard,” officers said in a statement. “The males did not surface after jumping.”

“State Police mobilized marine and air assets to respond. Local police and firefighters searched for the men until approximately 3:30 AM,” the statement continued. “The State Police Marine Unit transported State Police divers to the island to resume the search this morning. The MSP Air Wing also has responded. Search operations by MSP and local units are ongoing.”

The men jumped from the bridge with two others who were rescued, as reported by WCVB.

“Jaws Bridge” is located on Beach Road and connects Edgartown and Oak Bluffs. It received the nickname after being featured in the 1975 film Jaws.

The location is a popular attraction for locals and tourists, and there are signs around it warning people not to jump from the bridge.

Despite that, a WBZ reporter posted that visitors continued to jump from the bridge on Monday morning.