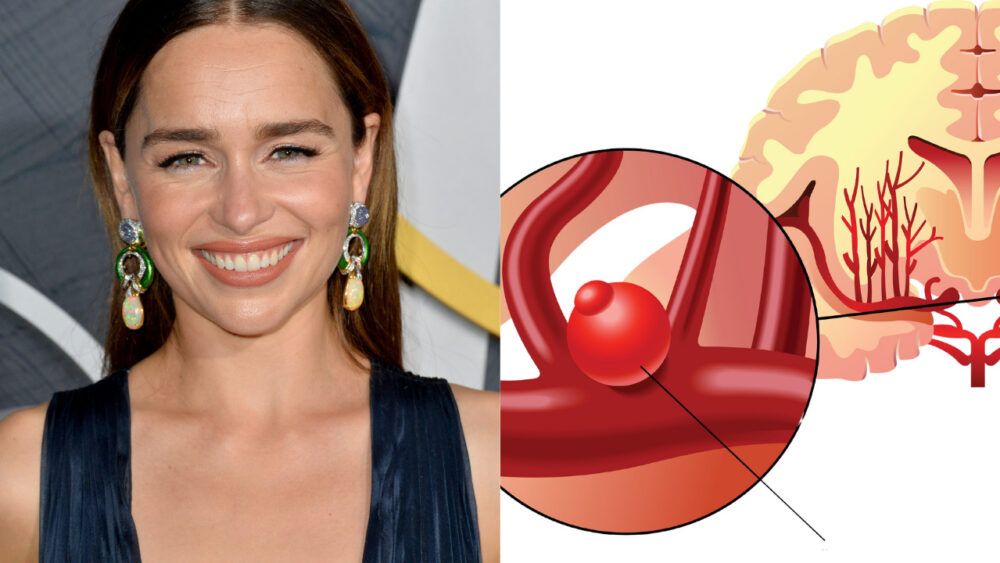 Between the years of 2011 and 2013, Game of Thrones star Emilia Clarke was at the top of her career game —  winning thousands of new fans with each season of the hit drama series.

But during a recent appearance on BBC One’s Sunday Morning, the actress opened up about the terrifying health scare she was battling behind the scenes during that very time frame, and it’s one that would be a match for even Daenerys Targaryen.

It was in the early days of filming the series that Clarke suffered two aneurysms, which left lasting effects on her brain. The fact that she is still able to live a relatively normal life is something that astonishes even Clarke.

“I am in the really, really, really small minority of people that can survive that… There’s quite a bit missing!” she explained. “Because strokes, basically, as soon as any part of your brain doesn’t get blood for a second, it’s gone. And so the blood finds a different route to get around but then whatever bit it’s missing is therefore gone.”

It was through a 2019 essay in The New York Times that Clarke first shared what she had been going through. The actress suffered her first stroke in 2011 after an aneurysm ruptured in her brain, which also caused a subarachnoid hemorrhage. She was quickly rushed into brain surgery. Her next memory is waking up in the ICU unable to communicate or even remember her name.

Clarke was so terrified and devastated that she asked doctors to let her die.

“My job — my entire dream of what my life would be — centered on language, on communication,” she wrote. “Without that, I was lost.”

Miraculously, Clark’s brain began to recover from the trauma, and just a week after the ordeal she was able to armor up and return to the set of Game of Thrones. Two years later, she underwent a second surgery, this time to get rid of a second aneurysm in her brain before it reached the point of bursting.

Looking to turn her traumatic experience into a way to help others, Clarke created a charity called SameYou, which aims to support survivors of strokes and brain injuries.

The charity’s website defines its mission as helping “to transform the way brain injury survivors and their loved ones are supported through emotional, mental health and cognitive recovery services,” because “back home is where the hard work, frustration, fears and challenges really begin.”