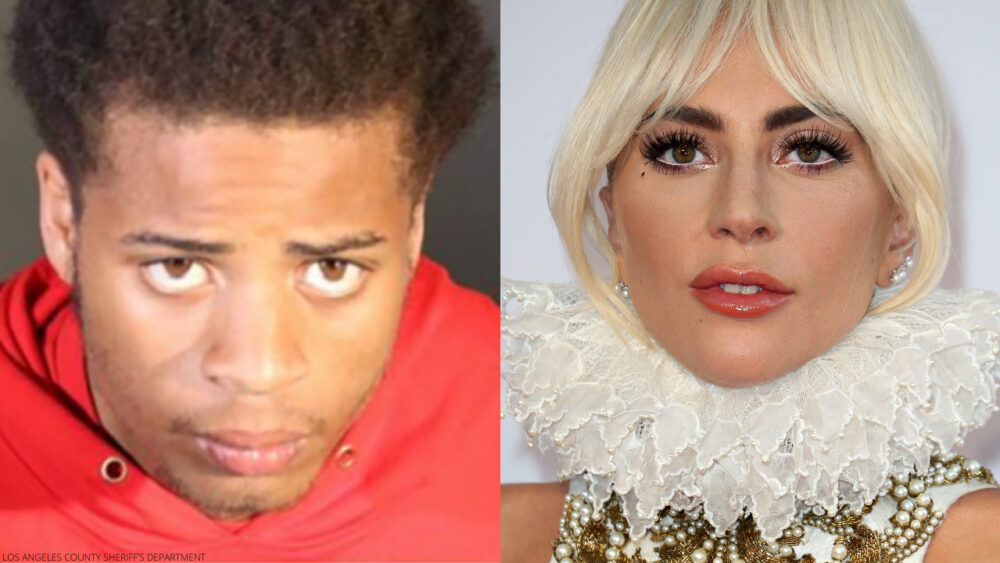 In February 2021, 19-year-old James Howard Jackson was one of three charged with attempted murder and robbery after allegedly shooting Lady Gaga’s dogwalker Ryan Fischer and attempting to kidnap the popstar’s three dogs.

Now, Jackson is wanted by the United States Marshals Service —  which is assisting the Los Angeles Sheriff’s Department Major Crime Team —   after he was mistakenly released from jail this past April “due to a clerical error.”

The Marshals offered a $5,000 reward Monday for information leading to Howard’s arrest. He “should be considered armed and dangerous,” according to the Marshals’ statement.

Shortly after Jackson’s release, Fischer shared a statement on Instagram expressing his ‘deep concern at the events that led to Jackson’s release,’ though he affirmed that he’s “confident law enforcement will rectify the error.”

Fischer continued at the time: “I ask for Mr. Jackson to turn himself over to the authorities, so resolution to the crime committed against me runs its course, whatever the courts determine that outcome to be. Thank you to everyone who is supporting me during this time.”

Per PEOPLE, Jackson is accused of shooting Fischer with a .40-caliber handgun as he walked the dogs in Los Angeles. He and the two other suspects then fled in a car with two of the dogs, Koji and Gustav, who were returned to police two days later.

As a result of the attack, Fischer suffered critical injuries including a collapsed lung. “The people in the ER who I had seen that night told me they didn’t think I was gonna survive that night,” he told Gayle King on CBS Mornings in September.

Shortly after the shooting, Gaga, 36, released a statement calling Fischer a “hero” —  and it seems that Fischer has the same feelings about his friend.

“She’s helped me so much,” Fischer said. “She’s been a friend for me and after I was attacked, my family was flown out and I had trauma therapists flown to me and I stayed at her house for months while friends comforted me and security was around me.”