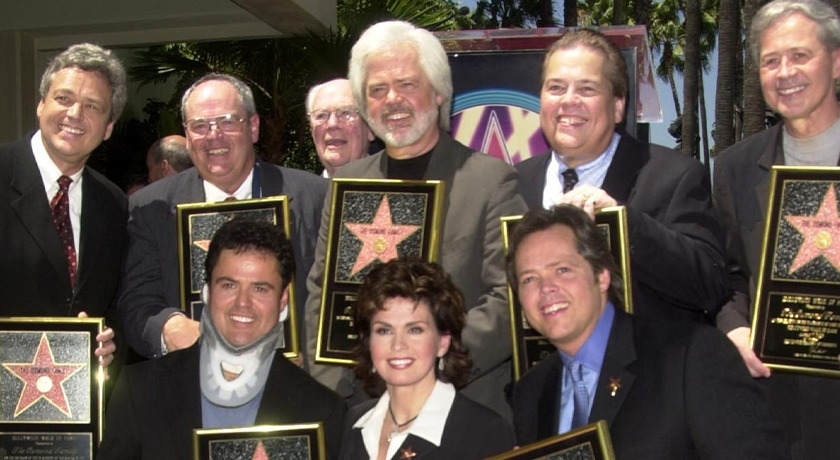 When you can boast having The Beatles in your fanbase…I think it is safe to say you have made it. The Osmond Brothers were one of the lucky few that could say they caught the attention of a band that caught the attention of so many others. While the Osmond Brothers ruled the 70s, their reign has recently come to a close, especially with the recent departure of Merrill Osmond from performing.

Alan, Wayne, Merrill, and Jay Osmond first started their singing careers at a church meetinghouse. Their father, George Osmond, volunteered the boys to sing “Oh Dear Lord in Heaven” in sacrament meeting for the congregation. At the time, Alan was eight, Wayne was six, Merrill was four, and Jay was only two.

After receiving numerous compliments about how well his boys sang, George began scheduling them to sing at parties and events. The Osmond Brothers began to take off after they were offered a spot on Walt Disney’s show, “Disneyland After Dark.” Performing on the show would lead to the band meeting Elvis, performing for the Queen at Buckingham Palace, and debuting their first No. 1 record, “One Bad Apple.”

While the Osmond Brothers endured a great start, their downfall began soon after their younger siblings Donny and Marie joined the band. ABC decided they wanted Donny and Marie to host a show on their own while their siblings were shoved to the sidelines.

After their show started, George would eventually lose the family approximately $80 million due to poor investments. Alan, Wayne, Merrill, and Jay would go back to playing corporate retreats, festivals, and fairs until they paid off their father’s debts.

The group was hit with more challenges when Alan was diagnosed with multiple sclerosis in 1987 and again when Wayne underwent surgery for cancer in 1997. Despite these tribulations, the group convened for a 50th anniversary farewell tour in 2008.

As for where they are today, Alan is still a songwriter. His mobility is hindered by his multiple sclerosis, however. Wayne, is retired and has experienced hearing loss due to his preventative cancer treatments. He also suffered a stroke in 2012.

While Alan and Wayne retired earlier, Merill and Jay  continued to perform together and separately until recently. Merrill had his final concert in April 2022. In a Facebook post, Merrill revealed he is retiring to serve as a missionary for the Washington, D.C. Visitor Center.

Marie and Donny still perform and recently ended an 11-year Vegas residency in 2019. What started when Alan, Wayne, Merrill, and Jay were all under 10 has ended with the Osmonds all in their 60s and 70s.