Emotional Infidelity: What Can Compromise Faithfulness in the Digital Age? 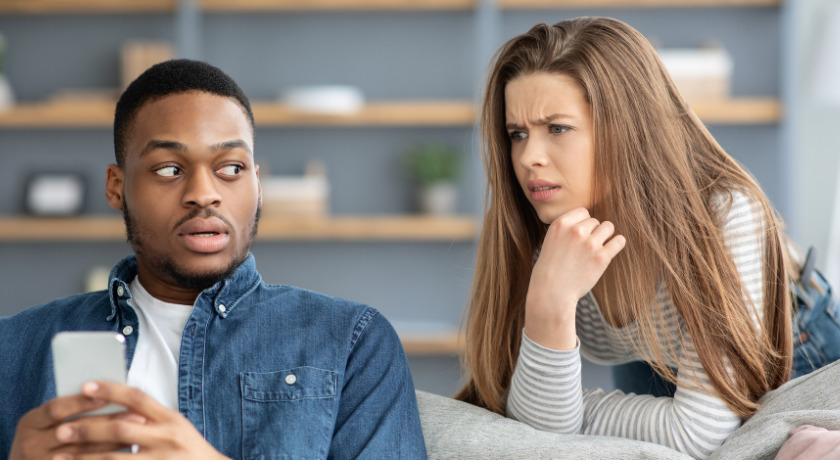 For years, infidelity solely involved physical intimacy. In the last few centuries, though, as communication became more and more accessible to everyday people, concerns in infidelity grew beyond the physical form. In the digital age, it’s easier than ever to develop an emotional connection with someone that isn’t your spouse. So, the question at hand is: when does simple conversation and general connection and conversation turn into emotional infidelity?

What is Emotional Infidelity?

Emotional infidelity, according to Psychology Today, “occurs when one partner shares emotional intimacy and connection with someone other than their spouse or partner”. Sometimes referred to as “micro-cheating”, it’s looked at as an affair that doesn’t involve physical intimacy.

Generally, emotional infidelity occurs via text messages, email, phone calls, and social media messaging on platforms like Facebook, Twitter, and Instagram. Some couples even consider liking or commenting semi-flirtatious messages on someone else’s posts as a form of emotional infidelity.

When Is It Considered Cheating?

This concept is very subjective. Most couples have mutual agreements on what dictates cheating, some more strict than others. And breaking these agreements can result in the loss of trust and a sense of betrayal within a relationship.

For example, a study conducted by YouGov in 2015 found that 44% of adults in Britain (in a sample of 1,660 people) believed “forming an emotional (rather than physical) relationship with someone who wasn’t their partner constituted cheating,” while 15% of them reported having been involved in similar situations themselves.

Platonic relationships may form through frequent conversations between two people. Sometimes, forming these relationships with other people can prove to help strengthen someone’s relationship with their spouse. Although, according to Healthline, “A key difference, however, lies in the fact that friends play a supportive role, not a leading one.” In other words, in a healthy relationship, your spouse is usually your main source of emotional support, not a secondary option.

That isn’t to say, however, that there can’t be things you tell exclusively to your friends, instead of your spouse. Sometimes third party perspectives can give you clarity on things that you are feeling, particularly when involving your romantic relationship.

A lot of times, if a spouse is partaking in emotional infidelity, certain attitudes of theirs stand out, versus if they were simply engaged in a platonic friendship.

For example, they may spend more time talking to the other person than they do their partner, as suggested by Healthline. Or, maybe they totally avoid bringing up the other person to their spouse. If the relationship is platonic, then there shouldn’t be anything to hide.

More obviously, if you suspect your partner is deleting messages or phone call notifications on their phones, then they may have progressed their friendship past being platonic.

As is the case for most relationship issues, saving it when it gets to this point is possible through services like couples therapy and marriage counseling. First and foremost, though, the conversations held with this other person must be recognized as unfaithfulness and be put to an end in order to regain trust.