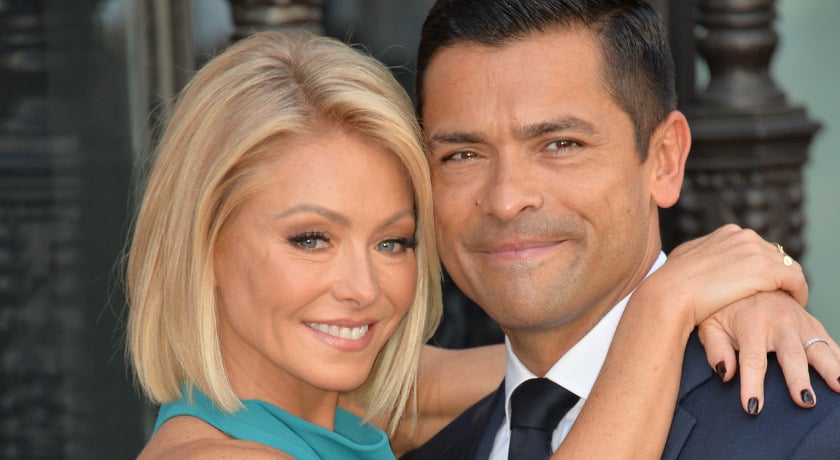 Here’s a scenario for you: two actors meet on a soap opera, date for about a year, break up for a week, then fly to Vegas and elope. You’re probably thinking that’s the kind of Hollywood relationship that doesn’t even survive five years. Now, what if I told you that the same relationship has lasted nearly 30 years and welcomed 3 children. That’s the case between All My Children costars and sweethearts, Kelly Ripa and Mark Consuelos.

The two first met when Consuelos auditioned for a part in the then 25-year-running soap opera, All My Children, in 1995. Ripa had held a part on the show for five years and helped with the casting of a new character for the show. After countless auditions, the casting director, Judy Blye Wilson, showed a photo of Consuelos to Ripa and it was love at first sight.

“When I saw him, the photograph of him, I saw my entire future with him flash before — like I saw it,” Ripa told People in 2018. “And I don’t believe in any of that, and now I do, because of that moment.”

Consuelos said of their meeting that he was determined to stay focused, having just graduated from college and embarking on his first acting role. “I didn’t really think I had a chance with her, so I wasn’t really focused on that,” he told the HuffPost.

Mark got the part and their relationship, both on-screen and in real life, would begin almost immediately. The couple made their relationship public the next year and got married a few months after that, eloping in Vegas.

Normally, a couple of their public reputation would elope to avoid any press and pressure from the media. But they decided to elope simply because they didn’t have work the next day. Consuelos said to Ripa, “Since we don’t have to work tomorrow, why don’t we fly to Vegas and get married?” And so they did, and only spent $179 on the entire ceremony, which took place at the Chapel of the Bells.

They welcomed their first son, Michael, a year later.

Their careers started to progress as Kelly joined Regis Philbin on the daytime talk show Live! With Regis and Kelly in 2001, just a year before the couple retired from their roles on All My Children. That same year, they had their second child, their daughter Lola.

Keeping busy, the couple had their third child, Joaquin, in 2003.

Since then, Kelly and Mark embarked on their professional journey outside of acting, starting their documentary production company, Milojo in 2007. Kelly stayed as a co-host with Regis Philbin, until his passing in 2020. Now, she hosts the 40 year old talk show with fellow longtime public icon, Ryan Seacrest.

The acting careers haven’t been put on a complete hold for the couple, however, as the two came back on All My Children in 2010 for a reunion episode. Consuelos also starred in the Netflix show Riverdale in which Kelly made a guest appearance as, funnily enough, his mistress.

A little tip the couple gave on Live with Kelly and Ryan about how they’ve lasted so long is, “love and sexy time”. Their son, Michael, agrees that their love for each other is “relationship goals”.

The couple will celebrate their 27th wedding anniversary in May this year.