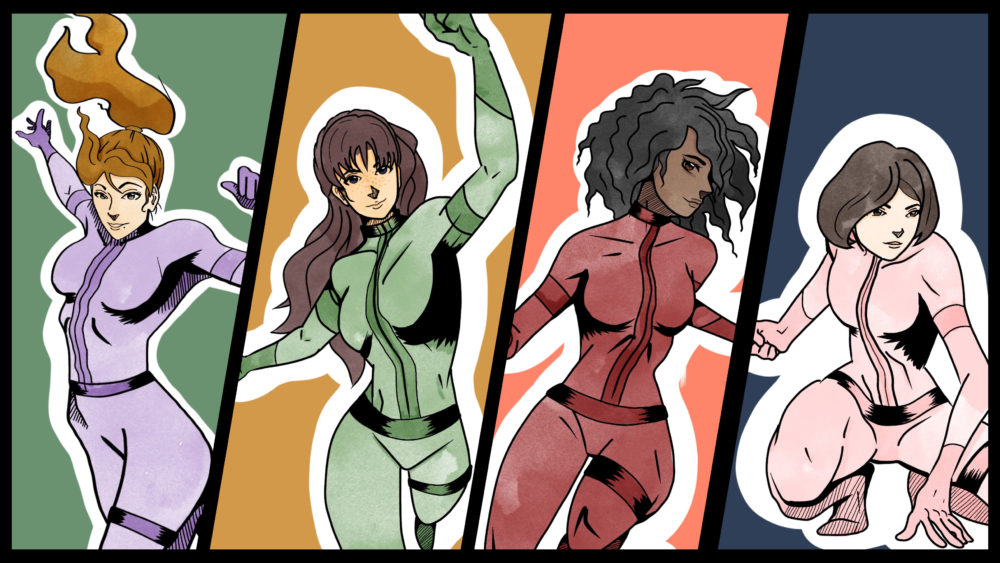 With all the fanfare about superheroes these days, we wanted to see role models for girls. Being a hero isn’t about flight or super speed. Our graphic designer Ronald Johnson designed these superheroes with REAL superpowers. 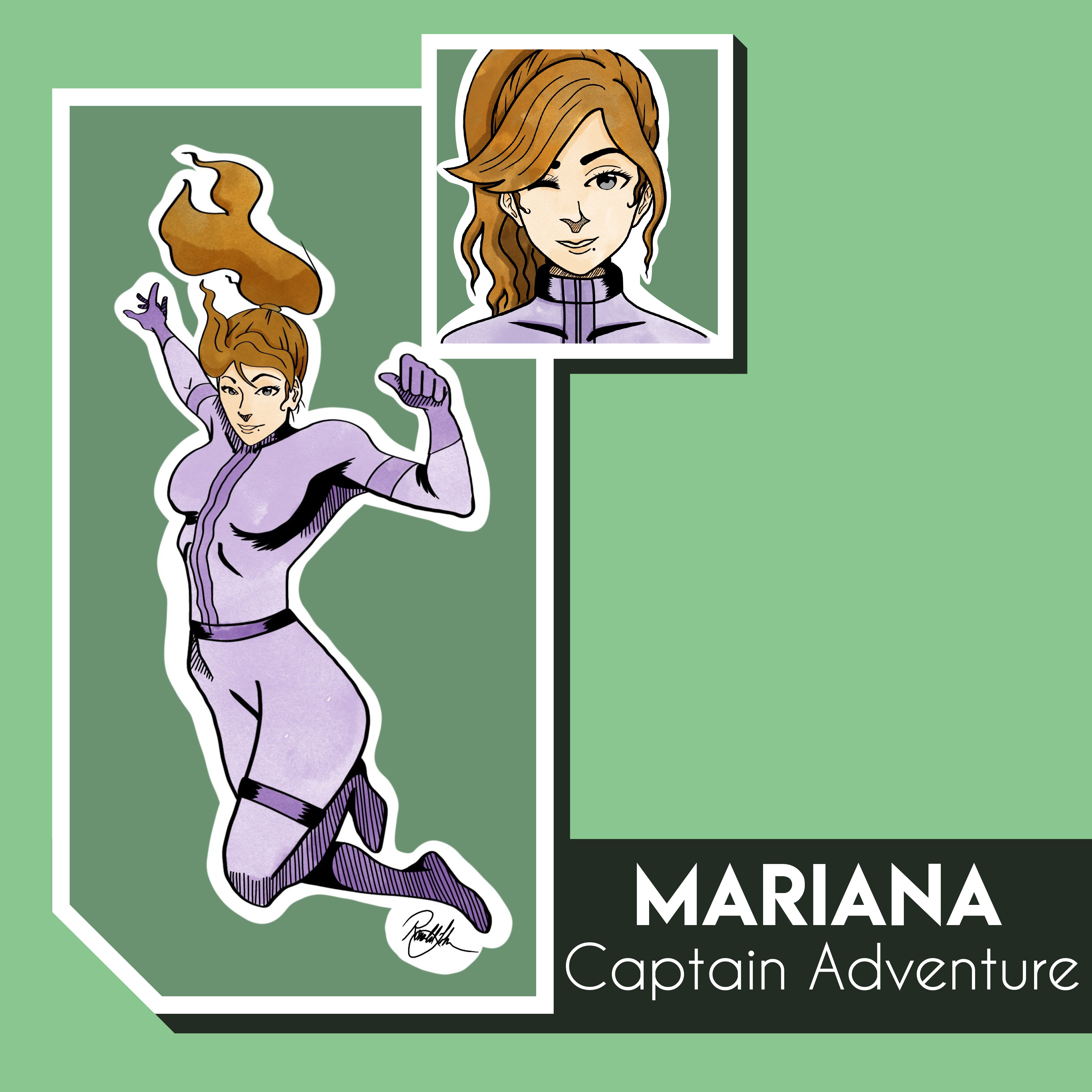 CAPTAIN ADVENTURE: Real power is not being afraid to try new things

Captain Adventure eyed the golden goal posts that stood tall in front of her as her opponents booed. She was ready for her latest adventure: kicking her first field goal. Her powerful legs were great at soccer, and she knew with practice, they’d be the perfect asset for football. As the only girl on the team, she was ridiculed by her competitors; but they were no match for Captain Adventure. She fearlessly kicked the ball over their heads, sending it sailing through the goal post and earning a win for her team. Go Captain Adventure! 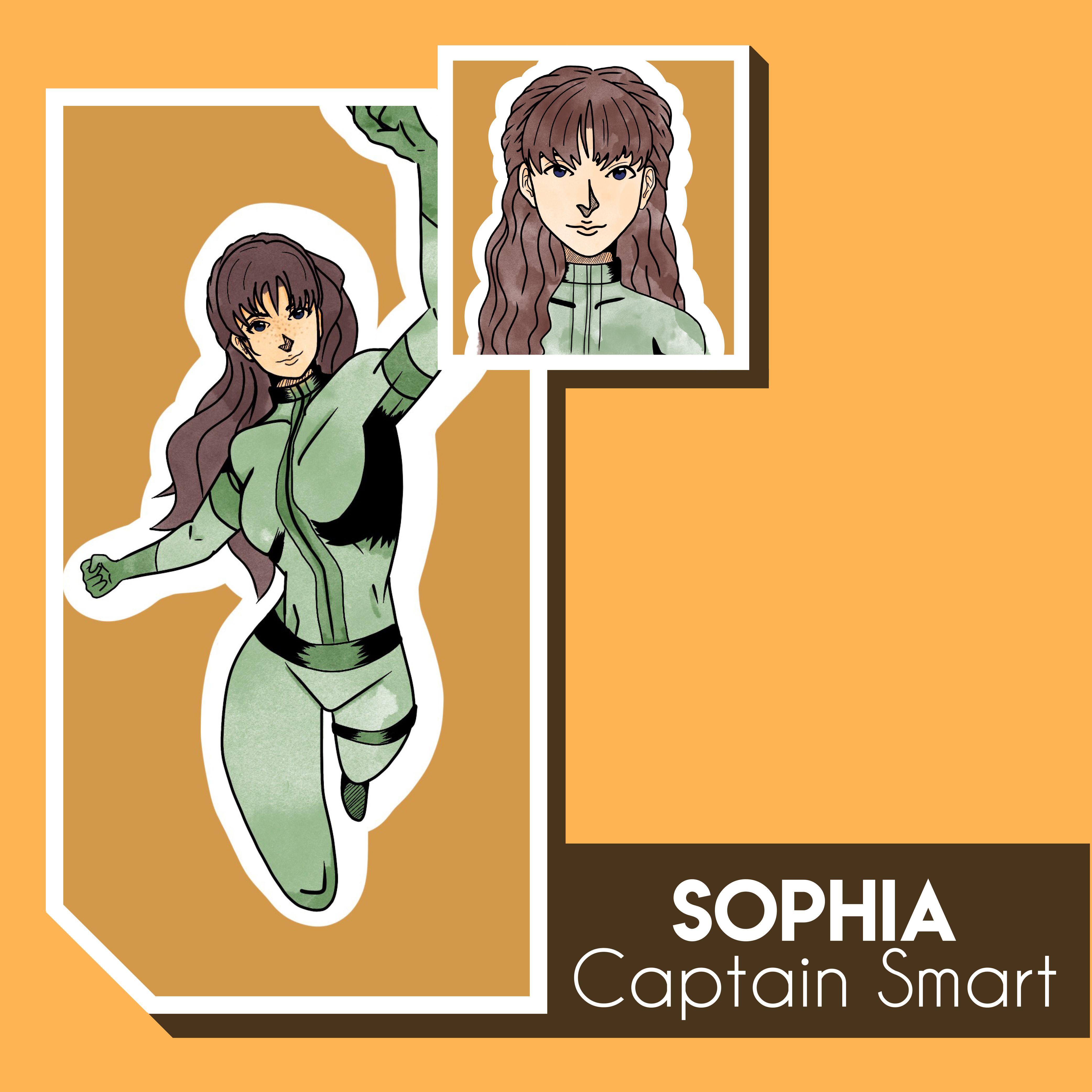 The evil Professor F thought he’d be able to inflict the wrath of his formidable pop quiz on her unsuspecting mind. But Captain Smart was always one step ahead. Her intellect was far too superior to be surprised. With a flick of her wrist, she’d completed her quiz before Professor F even finished administering them to the class. That day, Professor F was forced to give an A, and Captain Smart used her Super Smarts to remain victorious. 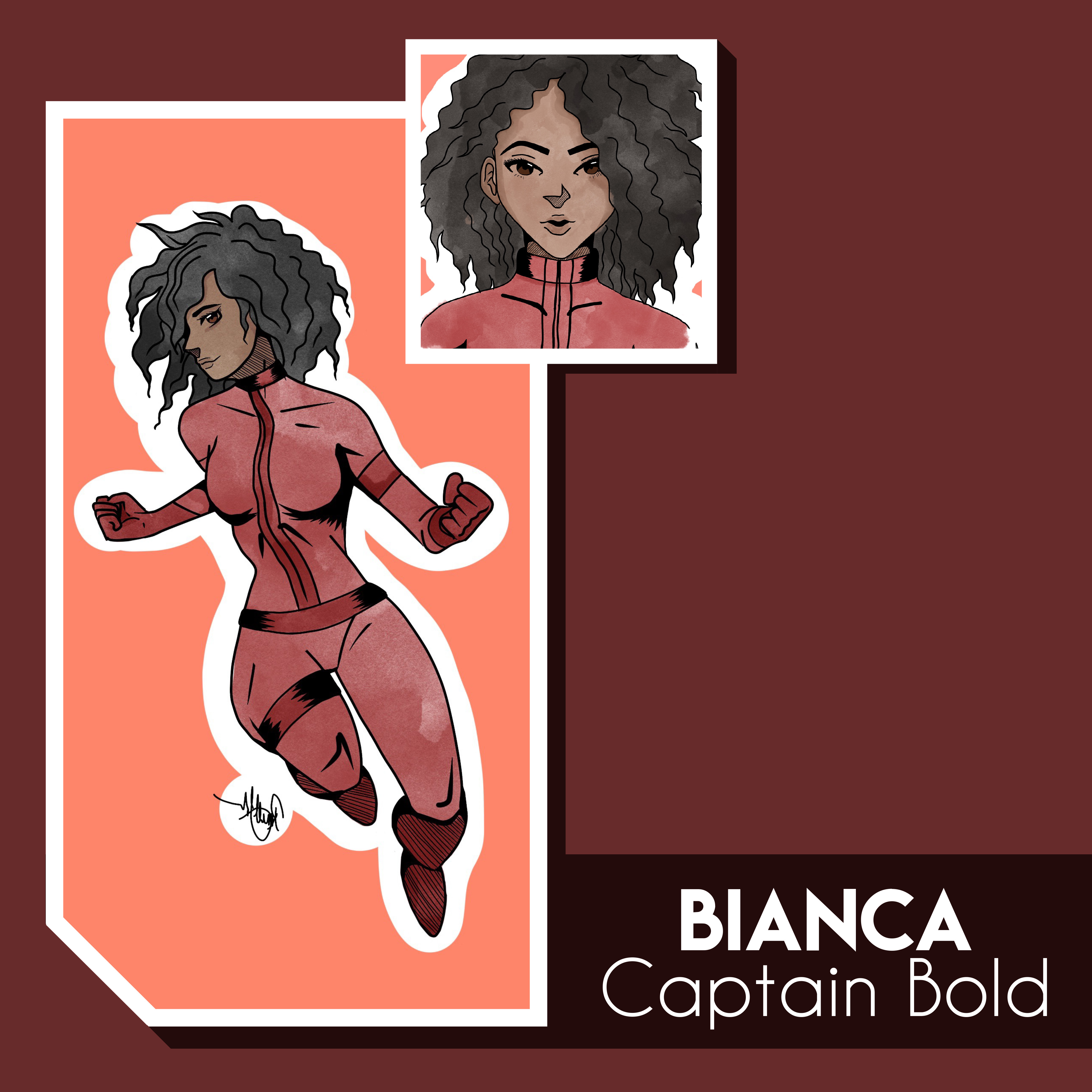 CAPTAIN BOLD: Real power is standing up for what you believe in

Captain Bold was never one to shy away from confrontation. In the face of injustice, she could be counted on to give a voice to the voiceless. Billy the Bully, with his sharp tongue and weaponized words, thought he’d be able to taunt the innocent citizens outside of the library without interference. Not on Captain Bold’s watch! She sprang into action, burying Billy in a barrage of boldness. No one would be teased if she had anything to say about it! Billy the Bully was defeated, the innocents got their confidence back, and Captain Bold’s boldness prevailed. 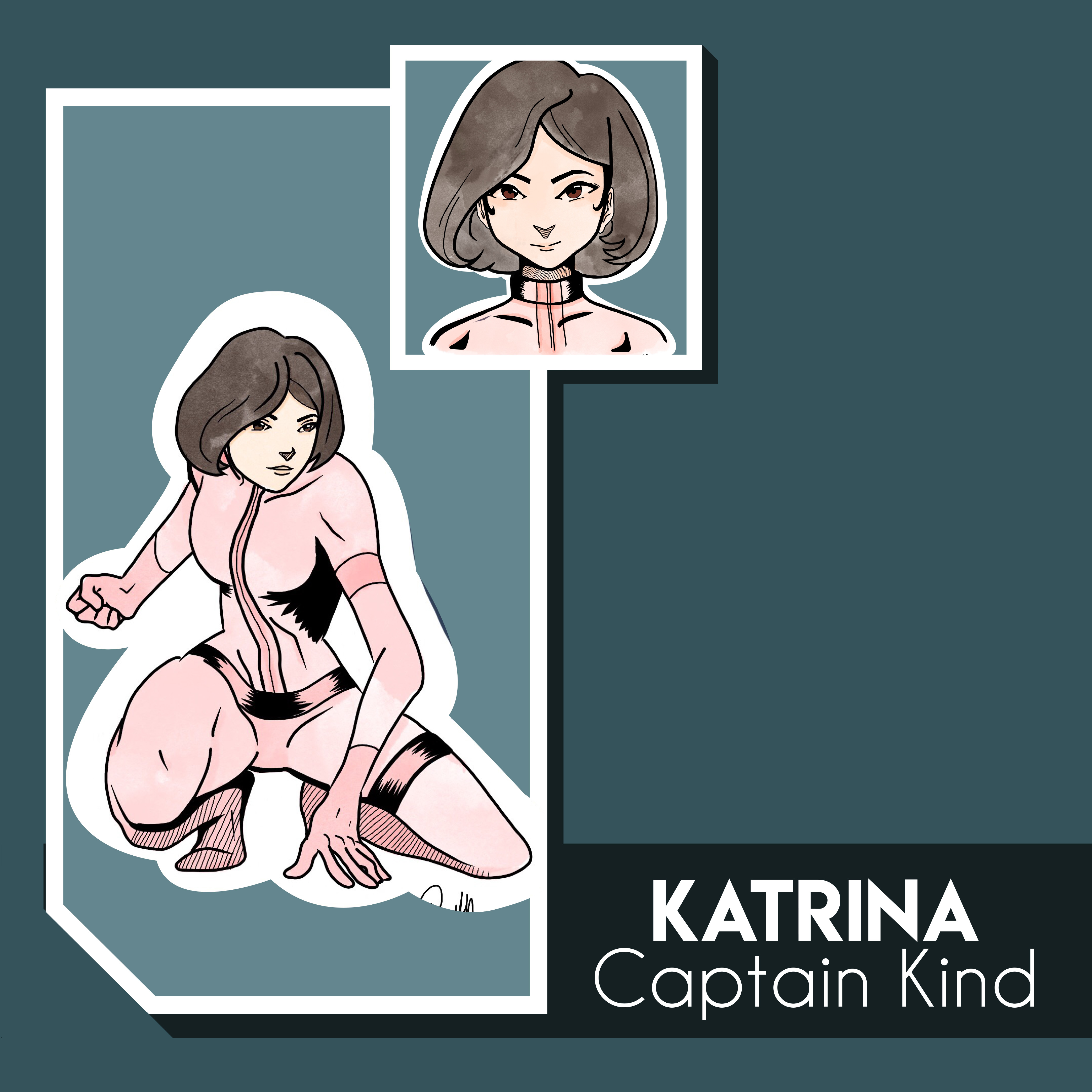 CAPTAIN KIND: Real power is helping others in need

Riiing Riiing! Captain Kind was awakened in the middle of the night. It was the EmpowerLine! Someone was in need of a helping hand! Captain Kind was there in a flash. When she arrived, she discovered two goons stealing money from Harry, an elderly homeless man. Harry couldn’t defend himself, but Captain Kind sure could! She leaped to the rescue, gave those goons a big BAM and a POW, and got Harry’s money back, adding a few more dollars of her own for good measure. That day, Captain Kindness’ altruism saved the day.