Ex-NFL Player in Critical Condition After Rescuing Children From Drowning 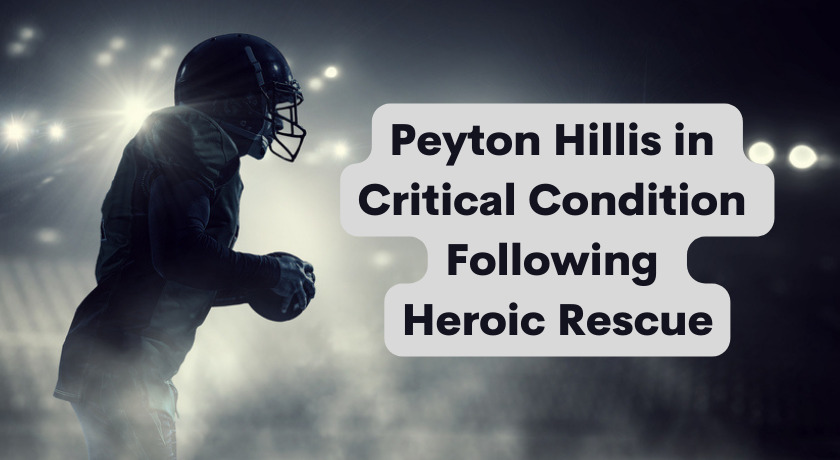 Former Cleveland Brown, Arkansas Razorback running back, Peyton Hillis, is in critical condition, following a successful attempt to save his two young children from drowning. Hillis was in Pensacola Florida on Thursday, when he went into the ocean to retrieve his son and daughter, who he shares with ex-wife, Amanda Hillis.

No sources have reported what exactly happened in the water, short of the event being called a “swimming accident”, but both children were rescued unharmed, while Hillis had to be airlifted to a nearby hospital.

Hillis’ uncle has announced that while his condition is improving, he remains in the ICU.

“I just wanted to let everyone know on Razorback Nation that Peyton is doing better,” said uncle, Greg Hillis. “He’s still in intensive care and having some problems with his kidneys and his lungs but doctors say he is improving. I just wanted to head off any rumors that may be started. I’m sure he would want everyone to know that he appreciates all of the prayers being thrown up on his behalf!!!”

The Browns have declined to comment upon Hillis’ condition, until more information is revealed.

Hillis retired in 2015 on doctors’ recommendations, but previously played college football for the Arkansas Razorbacks, as well as playing professionally for the Denver Broncos, Cleveland Browns, Kansas City Chiefs, and New York Giants. His most noteworthy season was in 2010, when he scored 13 touchdowns and 1,654 yards.

The same year, Hillis had the honor of being the cover image of the 12th edition of the Madden NFL video game, after fan campaigning cemented his candidacy.

We wish Peyton Hillis a full recovery from his injuries.