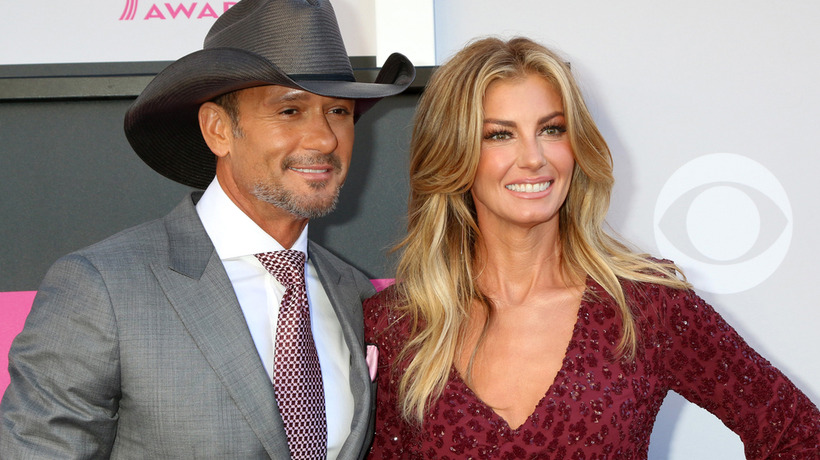 Country superstar Faith Hill is speaking out about the pain she endured in losing both of her parents just a couple of years apart.

After her mother, Edna, passed away in 2016, Hill was overcome with grief once again in 2019 when her father, Ted Perry, died of Lewy body dementia.

“It was a long passing. It’s difficult to lose parents just a couple of years apart and watch them pass right in front of you,” says Hill, 54, in a new cover story for PEOPLE Magazine. “My dad had Lewy body dementia and it was difficult to watch a man you know be someone that you don’t recognize.”

Fellow country singer Tim McGraw, who has been married to Hill for 25 years, spoke to PEOPLE about how their family has navigated grief over the years.

“We just feel fortunate and blessed and grateful for our kids and all the things we’ve gone through, the ups and downs,” says McGraw, also 54.

“My dad adored Tim and Tim would visit him daily,” Hill adds. “He was so present for the passing of both my parents. You reveal yourself when you are going through struggles and that’s just another layer of partnership.”

In the cover story, McGraw –– who lost his father, major league pitcher Tug McGraw in 2004 –– opens up about how his wife has helped him overcome his own battles with alcohol. According to another article in PEOPLE, McGraw turned to his wife for help with his drinking problem 13 years ago, and has been back on track ever since.

“It’s always a struggle. It’s never not a struggle,” he says. “Those demons always come back. But you always have a partner that’s willing to fight them with you. We made a commitment to each other a long time ago that we’re not going to give up. It’s too easy to give up.”

“When you love someone, you commit to be there for them for the highs, the lows, anytime,” Hill adds. “You face the struggles.”