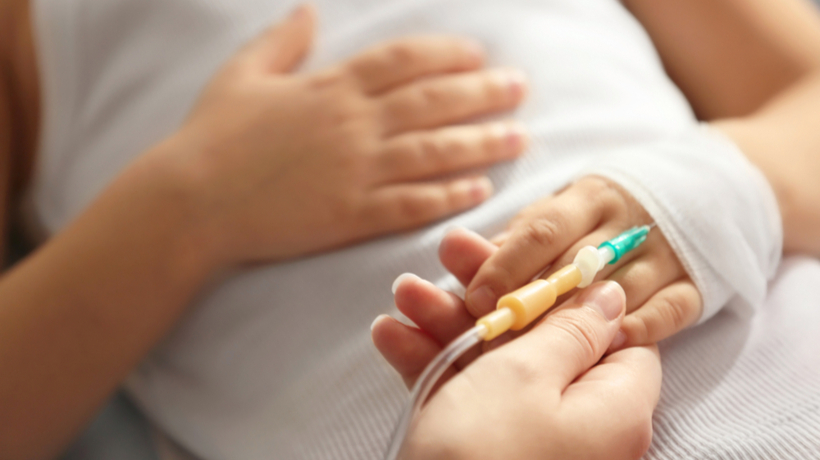 Featured image via Shutterstock and does not show Maggie Black. Photo for representational purposes only.

The family of a young girl in Northern Ireland has been left heartbroken and devastated after she died suddenly of a ‘stomach bug.’

Maggie Black, five, fell seriously ill in November after complaining of feeling sick for a couple of days. On Dec.1st, she said that she felt ‘poorly’ but her condition was not anything ‘out of the ordinary’ until it quickly worsened.

Her mother Sheenagh called an ambulance, but Maggie stopped breathing shortly after. Margaret, Sheenagh’s sister-in-law, went to find a defibrillator and called a family friend, who then dispatched the fire department.

The fire department aided in medical support until an ambulance arrived. Maggie was then rushed to a nearby hospital, but died the same day.

“Maggie was a fun-loving wee girl who always had her happy face on. She was a happy child who loved everybody,” Margaret told Belfast Live, speaking on behalf of the family.

“Her hobbies were TikTok, playing the fiddle, camogie, farming, long walks, and she was very fond of a trip to the coffee shop for marshmallows after! She loved school and was a very bright, talented child.”

The family has launched a petition to ensure that the Northern Ireland Fire and Resource Service will be automatically dispatched in similar situations to Maggie’s. It has had more than 10,000 signatures so far.

“Whilst we are under no illusion about the pressures and strains on the ambulance service, it is surely unacceptable that we had to wait one hour and 10 minutes for an ambulance to arrive when our five-year-old daughter’s life was at stake,” the petition reads.

A number of medical response teams are available to be dispatched to local rural communities, however, there aren’t currently any covering the Glenarm area.

“Whilst these community volunteers generally do not attend incidents involving children under the age of 12, due to the specialist training and equipment required, NIAS would welcome approaches from any group of volunteers who express an interest in creating new local groups, including in the Glens of Antrim region,” added the spokesman.

The NIAS and the NIFRS are working together to help progress development of a regional, joint response team.