Five Things to Know Before You Start Your Business 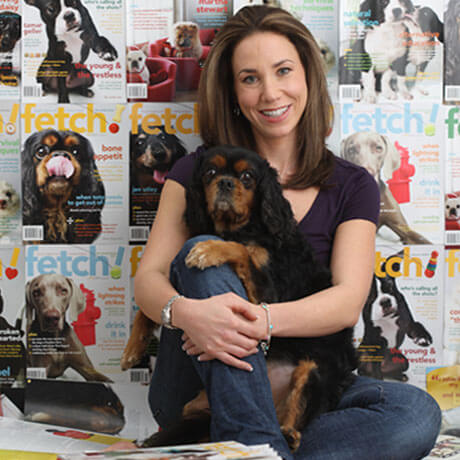 When Natasha Ashton’s cat fell ill just two months after arriving at the Wharton School, she spent $5,000 – a big chunk of her savings – to have him treated. Rather than complain about the bill, she teamed up with her husband, also a student at Wharton, to design a business plan for a pet insurance company. “In the UK, over 25 percent of pets are insured – but in the US, less than one percent of the 160 million cats and dogs receive the same benefits,” Natasha explains.

The couple officially launched their company, Petplan, in 2003. Since then, Natasha has learned a lot about how to run a business – the company generated $40 million in revenue last year. Here, she shares her insights on starting a business of your own.

Collaborate with talented people. Make sure you have an exceptional team; it takes many people to build a company, not just one individual. From the beginning, I’ve always focused on bringing the most talented people on board, and then investing in them and giving them the ability to grow with us. Petplan has grown from a staff of 3 to 80 in the last three years and we have been cited by Forbes as one of the 50 most promising companies in the country. This wouldn’t be possible without a creative and reliable team.

Care about the customers. If you put your customers’ best interests first, it will pay dividends. Many people think being an entrepreneur is about making a quick buck, but if you are looking for long-term success, you should focus on doing the right thing and offering exceptional products – the money and the rest will follow.

Design a culture that speaks to your brand. Culture is something you develop from the beginning. At Petplan, we’re pet friendly – there are always cats and dogs running around the office. We don’t look like an insurance company, we look like a pet company, and we pride ourselves on that. Regardless of the business that you’re building, it’s critical that you focus on what you want your company to convey, because that’s what will make your brand memorable.

Make decisions, even wrong ones. One of the things I found out early on is that you have to make decisions quickly. Indecision cripples a company. That doesn’t mean you are always making the right choices, but you can correct them along the way. You also have to be willing to learn, be open-minded, and realize that you don’t know everything.

Be resilient. When we were looking for investors, we had multiple issues working against us – I was a young woman setting up a business with my husband in an industry we’d never worked in. People refused to work with us for those reasons alone. What you come to realize is that it’s not because you’re unprepared or are in the wrong business, it’s just that those aren’t the right people for your company. We eventually found the perfect investors who thought that those qualities weren’t working against us, but that they were actually advantages. You have to persevere, and don’t let your sex or your age play any part.