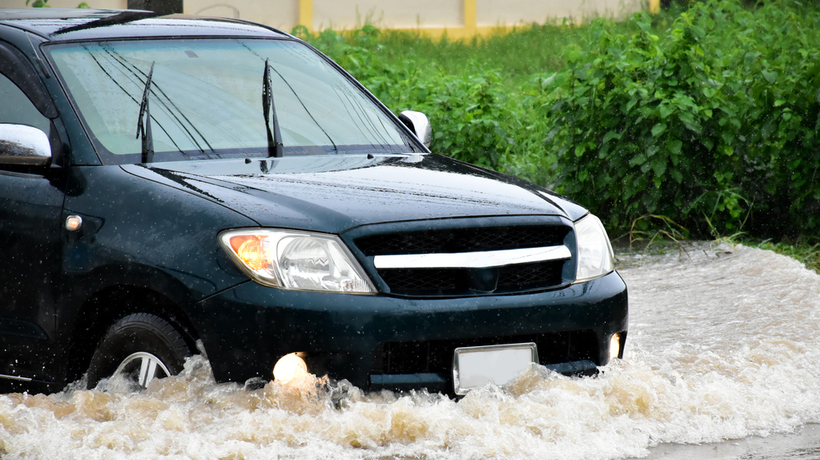 The remnants of Hurricane Ida triggered record-breaking rain, tornado warnings, and massive flooding across the Northeast Wednesday night, leaving at least 25 dead in New York and New Jersey. The severe weather left people trapped in train stations, in their cars, and in their homes as floodwaters upended transit systems in both states, transforming subway systems into waterfalls and streets into rivers overnight. On Thursday morning, the NYPD Commissioner Dermot Shea said that at least 8 of the deaths in New York City occurred in the basements of residential homes.

In a press briefing, Gov. Kathy Hochal announced that officials are still assessing the extent of the damage and loss of life. The New York governor offered her condolences to the victims’ families and then spoke about plans to prepare for more future flash floods.

“Our vulnerability is in our streets….the drainage systems that need to be enhanced,” Hochal said. “Because of climate change, unfortunately, this is something we’re going to have to deal with with great regularity.”

“We haven’t experienced this before but we should expect it next time, and that means we have to continue investments in infrastructure, working in partnership with our federal government,” she said. “I don’t want this to happen again.”

New Jersey Gov. Phil Murphy also made a statement about building up resilience to climate change by enhancing state infrastructure.

“We’ve got to leap forward and get out ahead of this. Any infrastructure money we get, I bet you a lot of it will be put into resilient infrastructure, because that is what you need when you’re the most densely populated state in the nation,” Murphy said.

The severe weather on Wednesday shattered state records. Central Park reported a new record of 3.15 inches of rain in one hour from 8:51 p.m. to 9:51 p.m., the National Weather Service reported. This measurement surpasses the 1.94 inches that fell in one hour during Tropical Storm Henri last month, which was thought to be the most ever recorded in the park.
“That says to me that there are no more cataclysmic unforeseeable events,” Hochul said in response to record-breaking weather reports. “We need to foresee these in advance and be prepared.”