Science Explains Why Arguing with a Partner Can Increase Physical Intimacy 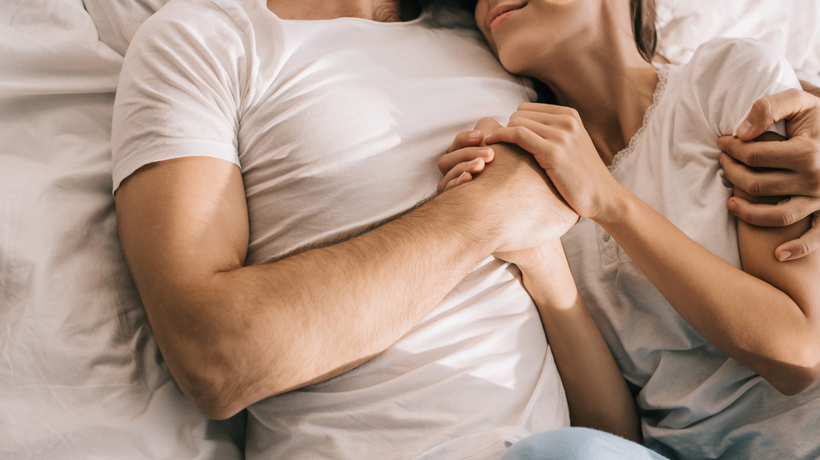 Every relationship has its roadbumps. No matter how well you and your significant other may get along, there’s bound to be an argument or two along the way. Although it’s never fun to fight with a partner, science tells us that there is a connection between conflict and sexual arousal, which explains why the make-up afterwards can feel so good.

Here is why arguing with your partner can boost physical intimacy and arousal.

When we argue with anyone, our body’s stress hormones, including testosterone, adrenaline, and cortisol, increase.

“Arguing is arousing physiologically, as is fear and excitement, so the body is turned on ― there’s an increased heart rate, respiration and blood flow,” explains Meghan Fleming, a New York City-based psychologist and sex therapist.

Contrastingly, the relief we receive from intercourse or “make-up sex” post-argument causes another hormonal shift in our bodies. Pleasure causes our body’s serotonin, dopamine, adrenaline, and oxytocin hormones to increase, which results in a relaxed, satisfied state of mind.

Simply put: the hormones released during an argument can trigger excitement and rile us up, whereas the hormones released after a fight can help calm you down, help you feel satisfied, and increase your sense of security. Combined, these two hormonal changes often increase physical arousal between partners, consequently resulting in physical intimacy.

Both anxiety and arousal go hand in hand, as they can trigger similar physical responses in the body, such as increased heart rate, blood flow, and breathing.

“When we’re under stress, such as the stress induced by an argument, our sympathetic nervous system is aroused,” says relationship and sex coach Michele Lisenbury Christensen.

“This also sparks your fight or flight response, which fills you full of energy and makes you motivated to want to physically act in some way,” adds physiology expert Elesa Zehndorfer, PhD.

Because physical intimacy can help relieve feelings of fear and insecurity, many couples will often feel the urge to cope with arguments through intercourse.

“Psychologically, when couples fight, they often instigate a trigger or very scared part of their younger memory system,” explained certified sexogolist Jenni Skyler, PhD. Fear stirs up feelings of abandonment and distrust, so physical intimacy can be a way to alleviate that fear and reestablish connection.

If you find that this behavior becomes habitual for you and your partner, experts recommend possibly seeking therapy to unlearn this coping mechanism, as it can have a negative impact on your relationship overtime.

“Better understanding this part of you will help you to find methods to get that sex-fueled romp that’s less destructive to your relationship than purposely picking fights,” Dr. Gail Saltz says, a psychiatrist specializing in relationships and mental health.