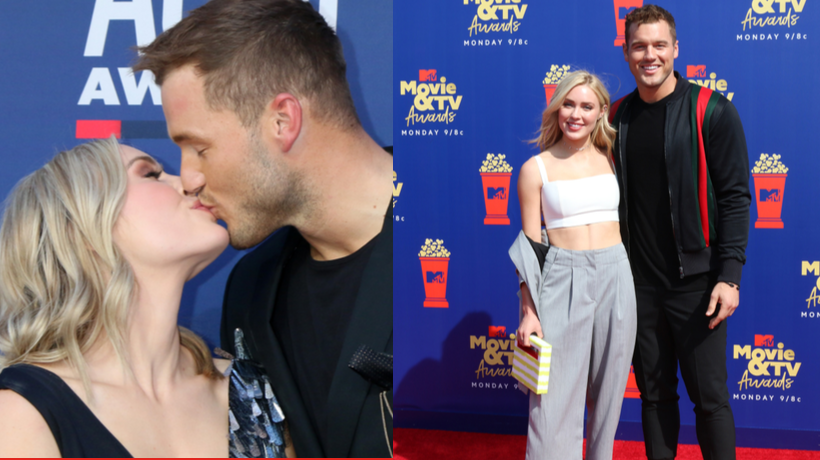 The former “Bachelor” came out to Robin Roberts in a “Good Morning America” interview that aired Wednesday morning.

Underwood, who realized he was “different” at age 6, said he’s now “the happiest and healthiest” he’s ever been, but admitted to finding himself in a “dark and bad” place before realizing his truth.

“Overall the reason why now is because I got to a place where … I would’ve rather died than say I’m gay,” he continued.

“There was a moment in LA that I woke up, and I didn’t think I was going to wake up,” he shared. “I didn’t have the intentions of waking up. I think that for me was my wake-up call.”

Underwood was last in a relationship with “Bachelor” contestant Cassie Randolph, who took out a restraining order against him last year. The pair met on Season 23 of the ABC dating show.

During the “GMA” interview, Underwood apologized directly to Randolph.

“I would like to say sorry for how things ended,” he said. “I messed up. I made a lot of bad choices.”

Underwood admitted he was in love with Randolph and said this made figuring out his sexuality more difficult.

“It made it more confusing for me,” he said. “I loved everything about her. … I wish that I would’ve been courageous enough to fix myself before breaking anyone else.”

After they officially split in 2020 Randolph filed for — and received — a restraining order against Underwood after she claimed he was stalking her.

Randolph, 25, alleged Underwood put a tracking device on her car and sent her “unsettling” text messages. She eventually filed a police report about the alleged tracker.

She dropped the restraining order in November.

“The two of us were able to reach a private agreement to address any of Cassie’s concerns,” Underwood told TMZ afterward. “I do not believe Cassie did anything wrong in filing for the restraining orders and also believe she acted in good faith. I appreciate everyone’s respect for privacy regarding this matter.”

Underwood also apologized to the women he hurt by even appearing on “The Bachelor.”

“Do I regret being ‘The Bachelor’? Do I regret handling it the way that I did? I do. I do think I could’ve handled it better,” he admitted. “I just wish I wouldn’t have dragged people into the mess of figuring out who I was.

“… But I can sit here and say I’m sorry to all of those women, and I can also say thank you because without them and without ‘The Bachelor’ franchise, I don’t know if this would’ve come out.”

As for why he went on the Bachelor anyway, Underwood admitted he thanked God for getting him on “The Bachelor” because it meant he was “straight.”

He first appeared on Becca Kufrin‘s season of “The Bachelorette” in 2018, then Bachelor in Paradise before becoming the Bachelor.