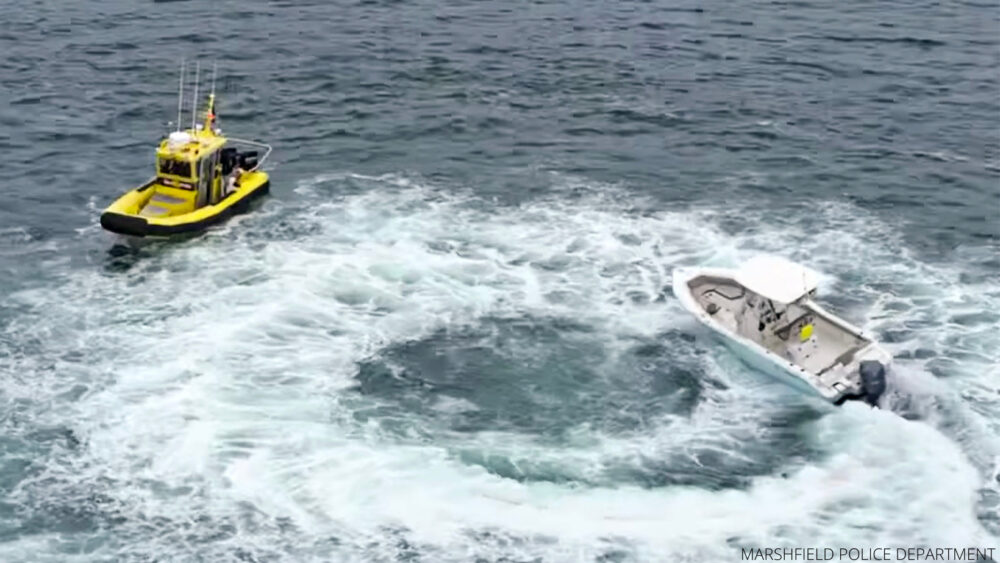 Two Massachusetts boaters narrowly escaped death after being tossed from their small boat to face a ”circle of death” without life jackets, according to PEOPLE.

Police reported that not only were the boaters not wearing life jackets, they were also not harnessed to a “vessel kill switch.” Police say that this should be a “stark reminder” to how quickly conditions on the water can change, and to always take proper safety precautions.

On Tuesday, Captain Dana Blackman reported pulling “two males from the water” after seeing their vessel move in a tight, circular pattern. According to the captain, one of the boaters was seen “waving a white T-shirt from inside the water.”

Blackman alerted the Marshfield harbormaster about the possible “circle of death” after she came across the Center Console boat “circling at a high rate of speed.”

According to a statement released from the Marshfield Police Department, neither of the boaters were injured. They also added that because the vessel was on a “westerly track in a tight high-speed circular pattern tracking towards Green Harbor & Brant Rock,” a nearby beach had to be temporarily shut down and Marshfield police enforced a one-mile security area “in case the vessel’s direction rapidly changed.”

Thankfully, Marine assistance company Sea Tow came to the rescue and managed to get the boat under control 90 minutes later by using a nylon tow line.

Police ended the statement issuing a warning. “These incidents can happen to the most experienced mariners.”

To learn more on how to stay safe in the water, visit NSC.org.