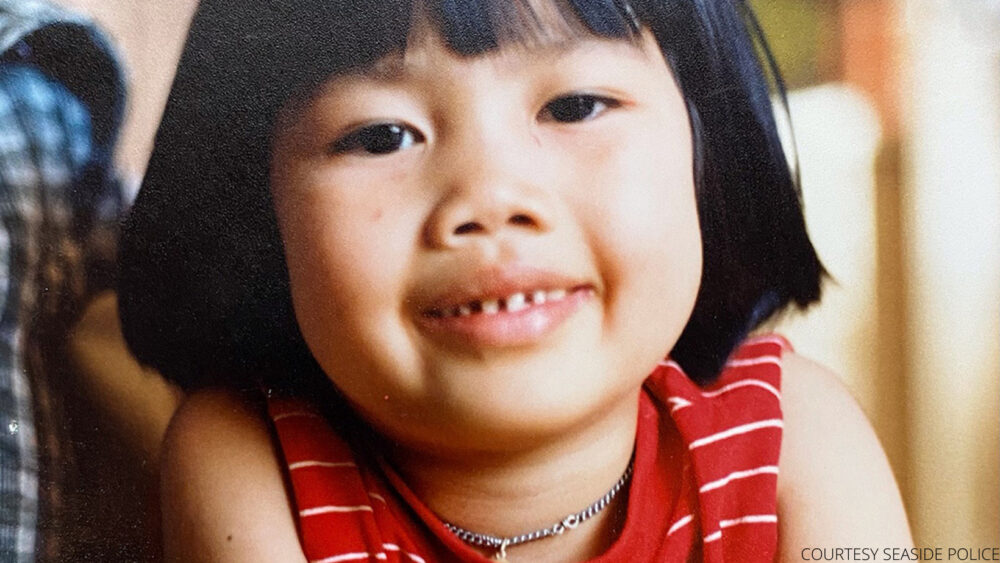 PHOTO COURTESY OF THE SEASIDE POLICE

A military man has been arrested and charged for the four-decade old murder of a 5 year old girl, according to PEOPLE.

In 1982, 5-year-old Anne Pham was walking to her kindergarten class when she was abducted by Robert John Lanoue and killed.

At the time, authorities did not have the resources to gain a solid lead on the case. But now, nearly 40 years later, Lanoue has been charged on July 7th with “one count of first-degree murder with special circumstance allegations that he killed Annie while committing kidnapping in a lewd act on a child under the age of 14,” per PEOPLE.

Lanoue, a former Fort Ord soldier, is now 70 and was found in Nevada.

According to Seaside Police Chief, Nicholas Borges, Lanoue “is a complete monster.” The chief adds that “He’s every person‘s nightmare. The world is a safer place with this guy off the streets.”

The little girl was abducted just before 11 AM on January 21st in California’s Monterey County city of Seaside.

Pham was the youngest of 10, and reportedly that day she had convinced her mother to let her walk a few blocks to school alone. Pham never made it to class.

“Normally she walked to school with her mom but on this particular day it was raining, and she convinced her mom and older brother she wanted to walk to school herself,” Borges said in a statement to PEOPLE.

Borges said Lanoue lives just around the corner from Anne Pham and her family.

“You could throw a rock from his house to hers, no problem,” he says. “He had to go and drive by her house every day when he left his home. Every single day in this man’s life, he had to drive by her home. And there’s no way you don’t see 10 children about a property every single day. He just saw prey when he drove by.”

Pham’s body was found on the Fort Ord Army Base by military investigators two days after her disappearance about one mile away from her school.

According to police, she had been sexually assaulted and died via suffocation.

Lanoue, 29 at the time, was never a suspect.

Even Borges admitted that Lanoue was “Never on the radar.” Clearly frustrated, he goes on to add that “This guy was totally hidden in plain view, just right there.”

According to Borges, Lanoue spent more than 20 years in prison for sexual assault offenses not related to the 1982 incident. At the time of his arrest for Anne Pham’s murder, he was in jail due to violating parole.

Currently, Lanoue is being held in custody in the state of Nevada and is awaiting extradition back to California. He has not yet entered a plea.

In a press release, the district attorney said that “A new type of DNA testing not previously available to earlier investigators” is was identified Lanoue as a main suspect in Pham’s murder and led authorities to solving the case.

“The DNA process, it is a newer technology, but it hasn’t been used in a criminal conviction previously,” Monterey County District Attorney Jeannine Pacioni said in a statement to PEOPLE. “This involves DNA which doesn’t come from the root of a hair.”

“I wish that he would’ve been caught earlier, because this guy went on with his life, to just create havoc and horror wherever he went,” says Borges. “She was a five-year-old little girl in this country to start her life, to make her family proud and to just live the American dream and that in and of itself is just heartbreaking.”

Borges ends his impassioned speech with, “This family fled from Vietnam. They fled from war. The United States of America was paradise for the family. So never in their wildest dreams did they think coming here and being in this cute little town, even though it was rough back then, would result in losing their little angel.”