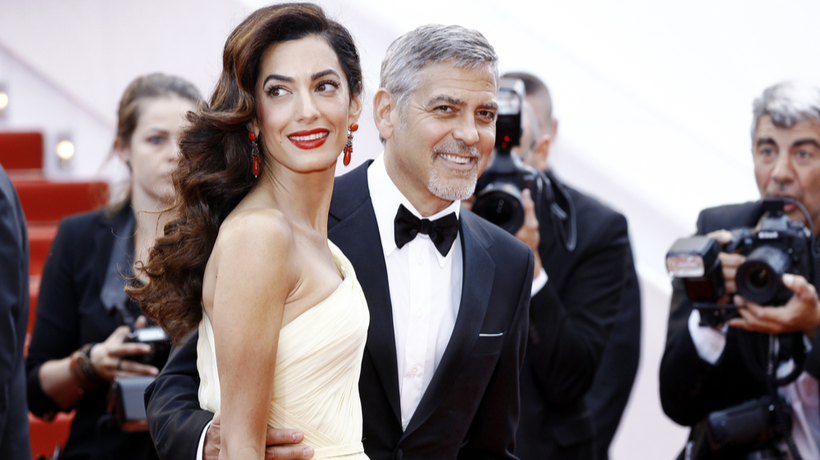 You know right away when you meet the one. That is how actor George Clooney felt when he first met his wife, human rights lawyer Amal Clooney. Their rapid romance led to an engagement and now a wonderful marriage and family.

The couple first met in July 2013 in Lake Como, Italy, when a mutual friend stopped by at the actor’s home while en route to Cannes with Amal. It must have been fate because George’s parents were also visiting him at the time, so, Amal was introduced to the Clooney family on the same day she met her now-husband.

For George, it didn’t take long to know that Amal was the one. He told Access Hollywood, “I think about three days in, you could tell. I mean, I knew when I met her that she was so extraordinary and special. And then I wondered if I’d ever get a chance to date her.”

After corresponding for several weeks, it was clear that they were more than just friends. The couple’s first official date was in October 2013, when George invited Amal to Abbey Road Studios in London, where he was supervising the recording of the Monuments Men score.

George told The Hollywood Reporter, “That was a good first date. Then we went for dinner. She said, ‘Let’s go to this place.’ It was one of those places that was incredibly hip and chic. And when we came out, there were 50 paparazzi there. But she handled it like a champ. And pretty quickly, things escalated once I was in London.”

After of months of planning, in April 2014, George proposed to Amal over a home-cooked dinner. He hid the 7-carat engagement ring inside of a lighter box that Amal used to light the candlelit table. The proposal was so unexpected that Amal kept saying, “Oh my God,” instead of giving an immediate answer.

George told CBS This Morning, “Finally I just said, listen I’m 52 and I’ve been on my knee now for about 28 minutes so I’ve got to get an answer out of this.”

After a short engagement, the couple tied the knot in September 2014, surrounded by family and a few famous friends, including Matt Damon, and Cindy Crawford.  The couple wed in a private ceremony at the Aman Canal Grande luxury resort in Venice, Italy.

The couple did not have children in their initial plan but when Amal became pregnant in 2016, the overjoyed couple got an additional surprise, in the form of twins. Amal told The Hollywood Reporter that the two don’t plan on having any more children, “I’m 39. I already had them quite late.” She also commented on what a great father George is, and he was surprised to hear, “She really said that? Really?”