George and Amal Clooney’s Marriage: Is Age a Problem? 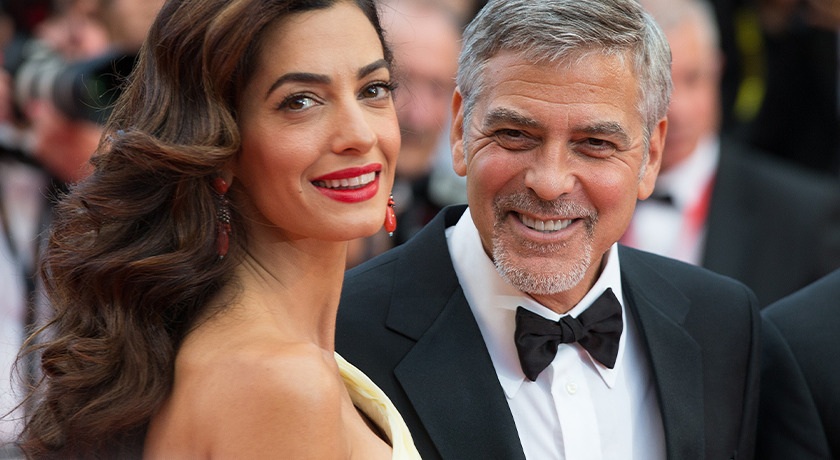 George Clooney had no thoughts of marriage before meeting human rights lawyer Amal Alamuddin. The two were introduced in July 2013, and they hit it off immediately–emailing back and forth for a few months before meeting up for a date. George proposed in April 2014, and they were married in September 2014 in Italy, reports People.

“All I know is that it sort of changed everything in terms of what I thought my future – my personal future – was going to be,” George admitted. “But I’ve always been an optimist about the world. I wasn’t always completely optimistic about how it was going to work out personally for me. But now I am.”

The couple celebrated their eighth wedding anniversary on September 27th, and George reflected recently about how getting married later in life has made his relationship with Amal easier. The actor claims they were married at the perfect time and being older gave him a level of maturity which prepared him for a life with Amal.

“We agree on most things,” shared the actor, in an interview with E! News, claiming that he and Amal never argue. “When you’re 61, which apparently I am… As you get older, you’re kind of looking at things a little differently.”

George explained that he knows which things to prioritize now in life-what’s worth arguing over, and what isn’t, and he places his family as his priority. The couple have a son and a daughter together, 5-year-old twins Alexander and Ella, and hope to set a good example. “Kids are just going to learn what they see,” Amal told E! News.

“Let’s find all the things that we have in common and not worry about the little things.” The actor told E! News.