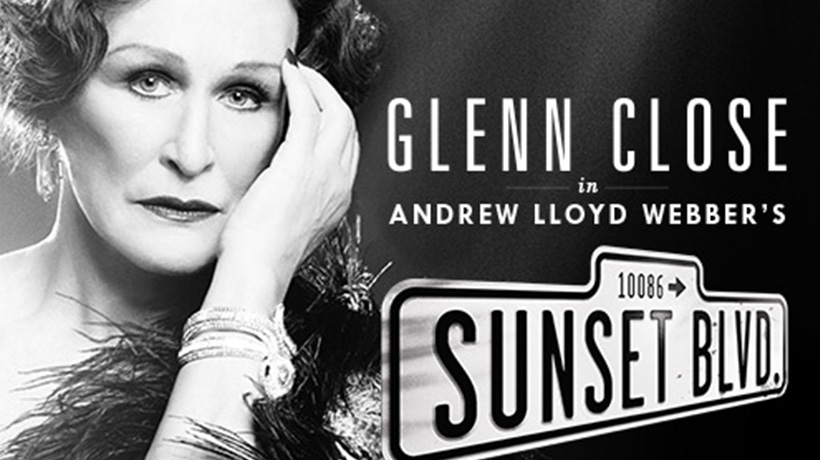 Sunset Boulevard, starring Glenn Close as the tour de force diva Norma Desmond, was a riveting musical. The opening begins with a larger-than-life projection of black and white movie clips recalling the Hollywood 1940s era. A full orchestra, on-stage in the background, is something you don’t experience much on broadway these days, unless it is a rock band. The majesty of the music brought back the grand sounds of “yesterday.” When Glenn Close enters the stage, her presence cannot be denied. She is a glittering, regal, and charismatic diva. Her clothing was so spectacular, I wanted to borrow her costumes. Of course, her personal design team was responsible for her wardrobe; Anthony Powell for costumes, Andrew Simon for her wigs, and Charlotte Hayward for her makeup. The vintage effects set the mood, and it was intoxicating! 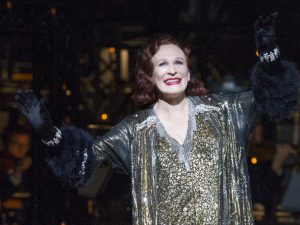 The story unfolds as Norma Desmond, a faded Hollywood star who clings to her past, has delusions fueled by her servant, Max, who provides her with fan mail that he writes. Fred Johanson plays Max von Mayerling with a sense of loving devotion, although he’s also a bit creepy, that earned him a standing ovation at curtain call. Sunset Boulevard’s other ensemble members played their roles convincingly. Joe Gillis, played by Michael Xavier, is a movie writer down on his luck, and is Norma’s love-interest. He exudes a mix of awe in meeting Norma as well as horror in Norma’s delusions and in the way she manipulates him to edit her awful script and become her boy toy. He has both a beautiful physique and passionate voice. His developing love interest, Betty Schaeffer, is played by Siobhan Dillon. Betty, both vulnerable and ambitious, convinces Joe to work on developing a script together. The dancing, staging, and musical score all mix beautifully to carry the story. 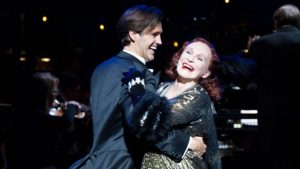 Norma eventually discovers that her hopes of having her script accepted by Cecil B. DeMille (Paul Schoeffler) will not occur as she hoped. He won’t be summoning her back to star in her movie. She also discovers Joe is in love with Betty. The climax ends in tragedy, but as Norma descends to madness, she never loses her vision that she will once again give people new ways to dream. Sunset Boulevard has a limited engagement at the Palace Theater in NYC.