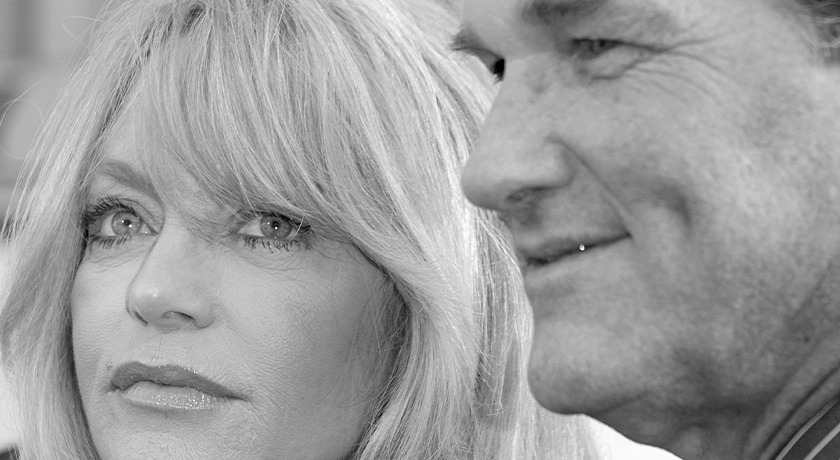 Actors Goldie Hawn and Kurt Russell are proof that relationships in Hollywood can last. The two have been together since 1983 and are still going strong.

According to an article on Usmagazine.com, the two met on the set of The One and Only, Genuine, Original Family Band, in 1996. However, they didn’t start dating until they crossed paths again on the set of Swing Shift in 1983.

Russell had previously been married to Season Hubley, whom he shares a son Boston Russell with. Hawn was married twice to Gus Trinkonis and Bill Hudson. She shares two children, Oliver Hudson and Kate Hudson, with Bill.

A feature on Vogue.com revealed that Hawn loved the relationship Russell built with her children.

The couple welcomed their only child together, Wyatt Russell, in 1986.

Despite the pair’s loving, 39-year-old relationship, they have never gotten married.

According to an article on Hellomagazine.com, Hawn admitted she likes the freedom of not being married.

“If you have independence, if you have enough money and sense of independence, and you like your independence, there’s something psychological about not being married because it gives you the freedom to make decisions one way or the other,” she said.

A People.com article reported that Russell and Hawn have a close relationship with their seven grandchildren.