Why having Megan and Harry at the Coronation, would please Camilla 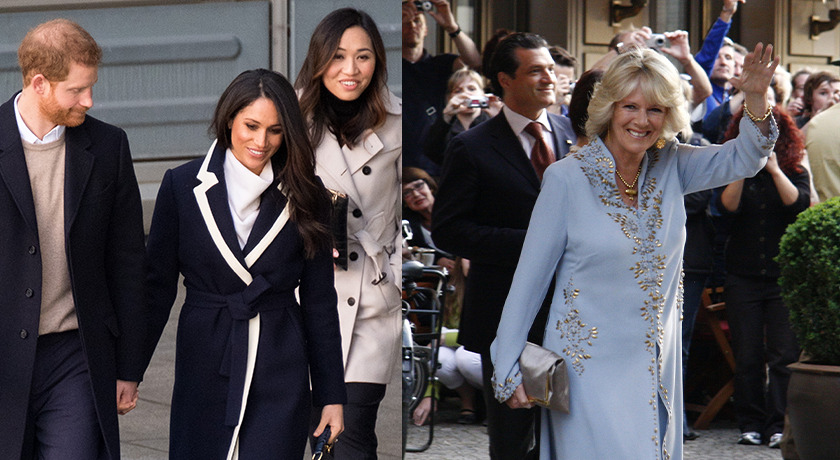 King Charles III’s coronation will be held on May 6, 2023, at Buckingham Palace. This will mark the celebration of his new reign and will be the first coronation in almost 70 years.

King Charles will succeed his late mother, Queen Elizabeth II, who passed on September 8, 2022. Her coronation was held in June 1953, making her England’s longest-reigning monarch.

Harry and Meghan stepped down as working members of the royal family in January 2020. Since then, there seems to have been tension between Prince Harry and his brother Prince William.

ET’s royal expert Katie Nicholl explained that the couple’s attendance may mend the rift between the royal family.

“There is still that issue of the familial rift, that rupture at the heart of the House of Windsor, and of course, a lot of people are wondering if Harry and Megan and their family will come over for the coronation and whether that will finally signal some thawing of the rift that people had hoped might have taken place over the Queen’s funeral,” Nicholl said.

She added that Camilla is “very keen” on them attending, but “it’s going to be a decision for Harry and Megan to make.”

May 6 happens to be the 4th birthday of Harry and Meghan’s first child Archie. Some believe this was a “snub” to The Duke and Duchess. However, according to a feature on Elle.com, Nicholl disagrees.

“Having the coronation on Archie’s birthday is definitely not a snub. I think it’s very much a happy coincidence,” she said.

The guest list has yet to be revealed, and Harry and Meghan have yet to state whether they will be in attendance.

“Behind the scenes, Camilla has done really everything she can to try and bring this family back together and press the importance of trying to move on from this rift, and I think she would be very pleased, as would the king for Harry and Meghan to be at the coronation,” Nicholl added.

An article on BBC.com revealed that the ceremony will be rooted in tradition and will also “reflect the monarch’s role today and look towards the future.”

The Archbishop of Canterbury will participate in the anointing, blessing, and consecration of the King.

The coronation will be a televised event with millions of people expected to tune in.