Keanu Reeves: His Early Years-What Shaped the Man He is Today 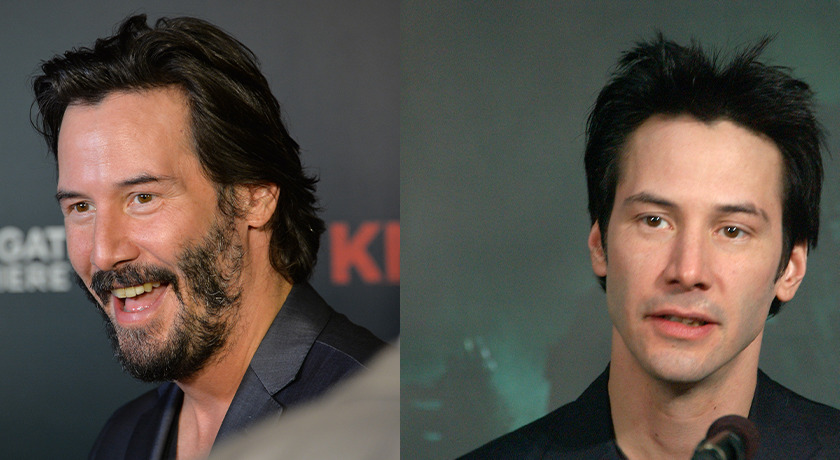 The beloved actor, Keanu Reeves, is best known for his roles in movies like The Matrix and Point Break.

However, before becoming an A-list actor, he lived a life that is arguably just as interesting as his Hollywood life.

According to a feature on Insider.com, Reeves was born in Beirut, Lebanon in 1964 to parents Patricia Bond and Samuel Reeves. Patricia was born in Essex, England, and is of English descent. Samuel was born in Honolulu, Hawaii, and is of Hawaiian, Portuguese, and Chinese descent.

Unfortunately, Keanu’s father struggled with addiction and left the family when Keanu was young. He was arrested in 1992 for selling heroin.

In an article on People.com, a childhood friend revealed that Keanu “never talked about his real dad.”

“If he ever came up in conversation, Keanu would change the subject. There was a lot of love in the family, certainly from the female side,” the friend continued. “But from the male side, Keanu got much more of a tough love. He felt a little bit alone.”

After his parents split in 1966, his mother moved him and his sister to Sydney, Australia, and then to New York City. His mother, who worked as a fashion designer, married a Broadway and Hollywood director Paul Aaron.

The family eventually settled in Toronto, Canada, when Keanu was seven.

According to a feature on Torontonewswire.com, Keanu struggled in school during his early years in Toronto. He went to four different high schools and was expelled from the Etobicoke School of the Arts.

Despite his struggles in high school, he attended De La Salle Catholic College, where he played ice hockey. He was a goalie and wanted to be a professional hockey player.

However, he gave up hockey to pursue acting. The Insider.com article revealed that he took acting classes at night after he graduated high school. He starred in local Toronto television programs and theater productions before moving to Los Angeles in 1986.

His breakout role was in the 1989 comedy Bill and Ted’s Excellent Adventure. He went on to star in the crime thriller Point Break in 1991 and the sci-fi blockbuster The Matrix in 1999. After this, he was launched into stardom and became a household name.

Recently, Reeves was set to star in the Hulu series Devil in the White City. However, a feature on People.com, reported that he exited the show. Details on the matter have not been revealed.

According to an article on People.com, he has had a relationship with Alexandra Grant for several years now.

Early in October, 2022, Keanu proposed to her, and we are very excited for them.