Signs of an Emotional Manipulator and How to Steer Clear 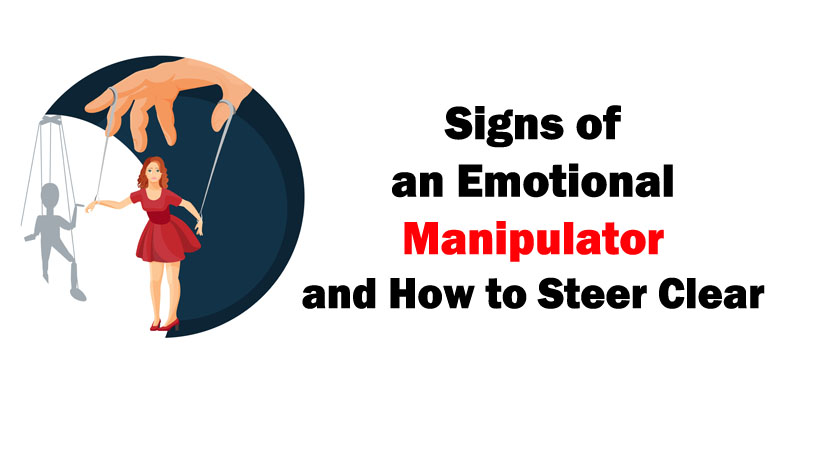 Deceit is like a lie, but it’s trickier. A deceiver often has an elaborate plan to mislead and falsely persuade you. The worst part is that such deception can be hard to spot. Look out for these telltale signs to catch them red-handed:

“Microexpressions”
These subtle clues, according to the FBI, are “fleeting expressions of concealed emotion, sometimes so fast that they happen in the blink of an eye–as fast as one-fifteenth of a second. This results from the individual’s attempt to hide them.” But you don’t have to be an FBI agent to make use of these nonverbal cues. So the next time you feel like you’re being duped, look closely for a slight strain in their smile or when they cast their eyes to the ground. The FBI website also said, “facial expressions of emotion are the closest thing humans have to a universal language.”

On the defense
A deceiver is likely to get defensive when they’re lying to you. They may avert their gaze or cross their arms in a conversation. These physical signs of defense are their ways of protecting themselves when they know they could be caught in a lie.

They “fluff” the conversation
The person might use repetitive statements. This way, they can waste time while their mind churns to come up with their next lie. Another small but telling hint is when they avoid using contractions like, “can’t” and instead use, “cannot,” just to buy time.

Here’s what you can do to steer clear of deception:

Analyze their countenance: Are they nervous or angry? Do they seem distracted? Take their normal behavior into consideration–are they acting differently than they usually do?

Keep asking questions: Throw them off guard by asking very detailed, specific questions. Can they keep up?

Be aware of contempt and know when to walk away: When someone realizes you’re a target for deception, their behavior can turn into contempt. By definition, they feel that you’re “beneath consideration” and don’t deserve respect. Pamela Meyer, a certified fraud examiner, says, “contempt is the ultimate red flag. When someone is angry at you, you’ve still got traction with them, but when they display contempt, you’ve been dismissed. It’s a poisonous emotion, especially when paired with deception. Once someone shows it, it rarely goes away.” At this point, know to keep this person at a distance to avoid further deception.