Hailey Bieber Talks About Her PTSD, Following “Mini Stroke” She Suffered Back in March 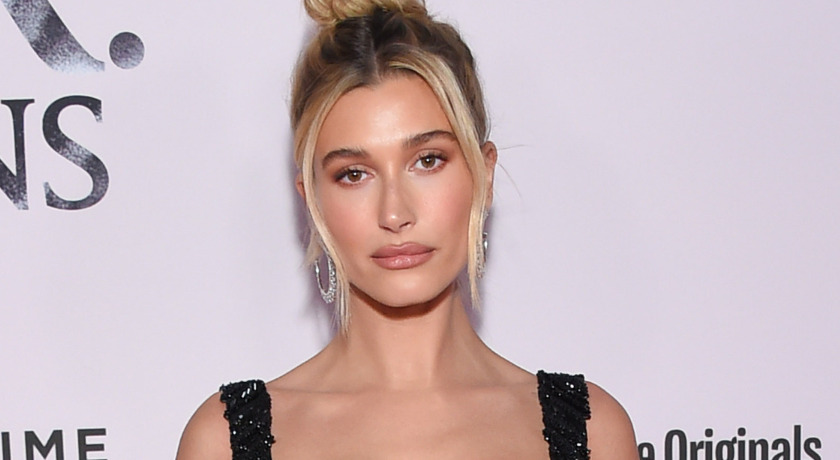 On Thursday, Hailey Bieber appeared on an episode of the Run-Through With Vogue podcast, where she talked about struggling with “a little bit of PTSD” in the aftermath of her “mini stroke” she suffered in March of last year.

In March, Bieber was admitted to the hospital after suffering a small blood clot in her brain which caused “stroke-like” symptoms while she was eating breakfast in her Palm Springs residence. “It made my fingertips feel really numb and weird,” she explained in a YouTube video back in April. “It was like my tongue and my mouth could not form sentences. I noticed that when the speech [eventually] came back and I felt like I could talk, as soon as my anxiety would settle in or hit me, it would make my speech feel funny again.”

Following her admittance in the hospital, doctors also diagnosed her with a patent foramen ovale (PFO), which is a hole between the left and right atria of the heart which “exists in everyone before birth, but most often closes shortly after being born,” according to Penn Medicine. She later underwent surgery to mend the hole.

On the podcast on Thursday, Bieber said, “It was just a feeling that I was, like, I never want to experience that ever again. It was so terrifying, so jarring, so discombobulating in every single way that you could imagine.” She added that returning to Palm Springs, which is where the podcast is recorded, was “very triggering”.

“Even the first couple of times coming back here after was a little bit of a strange, triggering kind of feeling for me because you just remember exactly how everything happened in that moment.”

Flint Rehab, a neurorehabilitation online resource, says that studies reported “25% of individuals who survive a stroke or TIA (transient ischemic attack or “mini stroke“) develop significant PTSD symptoms.” They explain that it “can be a long journey” to recovery, following a stroke.

Bieber expressed that she is “open to talking about the experience if it could help somebody else”, but in the immediate months that followed the health scare, it was “really hard to talk about”.

The 26-year-old model seems to be moving forward, saying she’s “just now starting to come out of that kind of fight or flight feeling of being nervous about something bad happening again”.

“I look back at it and it could’ve been so much worse,” she said on the podcast. She’s hopeful for a healthy future and looks to leave this behind her as best she can.