How to Handle Hard-Headed People 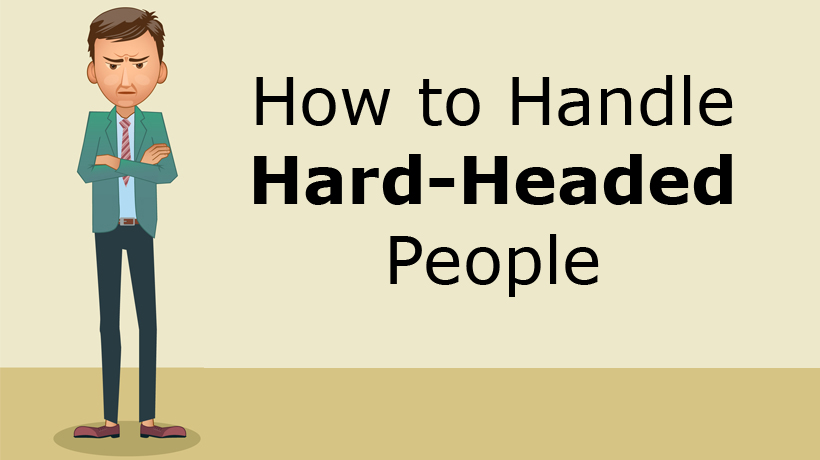 Stubborn is another way of describing people who won’t let go. Every issue is an issue of importance. And you know how difficult it is to deal with them. What works and what doesn’t work when you have to find a way to get along?

Let them have the last word
You don’t have to agree with them but you do have to listen. Not saying anything after they have made their final point, doesn’t mean that you are going along with them. You have already stated your case, and there is no need to restate it.

Understand what makes them tick
Why are they really making such a fuss? Is it the issue? Probably not. Maybe they were ignored by people in the past and now they feel they have to push extra hard for what they want. Or, are they upset by something unrelated that you or someone else did?

See if you can compromise
You don’t have to hold on either. What can you give up? What can’t you give up? Sort out the important things, and be generous with the “little stuff.” What’s really important to you might not be as important to them, and vice versa.

Confronting them head on
If you stoop to their level, it may lead to a heated fight. If you do need to confront them about their stubbornness, wait until the moment has passed, then bring it up when they are not as upset. You both will have a clear head and will be able to discuss the problem rationally.

Dismissing or belittling them
They have a strong need to be heard. Cutting them off is pointless because they will not stop, but continue on–probably, more passionately than before. They may also feel like you’re not willing to listen to them, adding flame to their fire.

Judging them
They can feel your criticism, even when you think they can’t. They are usually super-sensitive, so try to keep your objectivity. Know that’s easier said than done, but in the long run it will cause less stress overall (for you and them).