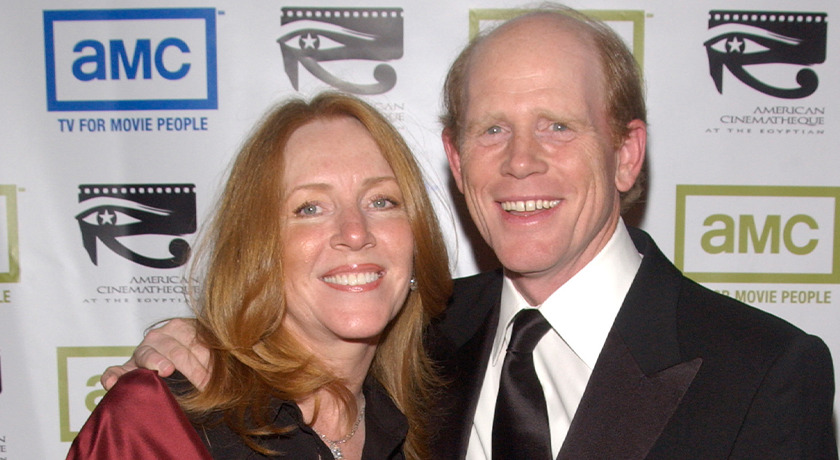 Ron and Cheryl Howard celebrated their 46th wedding anniversary in June 2021 and the 50th anniversary of their first date in November 2020. According to People, the couple has been married since June 7, 1975, and commemorated this milestone in social media posts.

Ron posted a selfie of him and Cheryl on Instagram and Twitter with the caption: “Our 46th Wedding anniversary. Celebrated quietly but beautifully on the #GoldCoast #QLD on my day off from directing #ThirteenLives for #MGM and @imagineentertainment.”

“I’m a lucky fella,” he concluded.

He posted a photo of his socks donning Cheryl’s face with the caption: “Nov 1 1970 Cheryl & I went on our 1st date. We went to see a re-release of Stanley Kramer’s ‘It’s a Mad Mad Mad World’ and then got some pizza at now defunct Barnone’s in Toluca Lake. Quite a start, right?”

“Today we are celebrating with these kind of socks we ordered (Cheryl’s w/my mug got held up) and a trip to our local take-out pizza place,” he continued.

Ron Howard is a movie director, producer, screenwriter, and actor. He is well-known for producing iconic movies like Apollo 13, Splash, A Beautiful Mind, and The Da Vinci Code.

He played the role of Richie Cunningham in the show Happy Days from 1974-1980.

In 1985, he joined forces with fellow filmmaker Brian Grazer and founded the production company Imagine Entertainment. It went on to produce films like 8 Mile, The Spy Who Dumped Me, and J. Edgar.

Cheryl, who is also an actress, starred in many films Ron directed like Splash and A Beautiful Mind. She is also a writer and has written books like In the Face of Jinn: A Novel, Heart & Desire, and Grandma, Tell Me a Story: Children’s Development Stories from the Farm