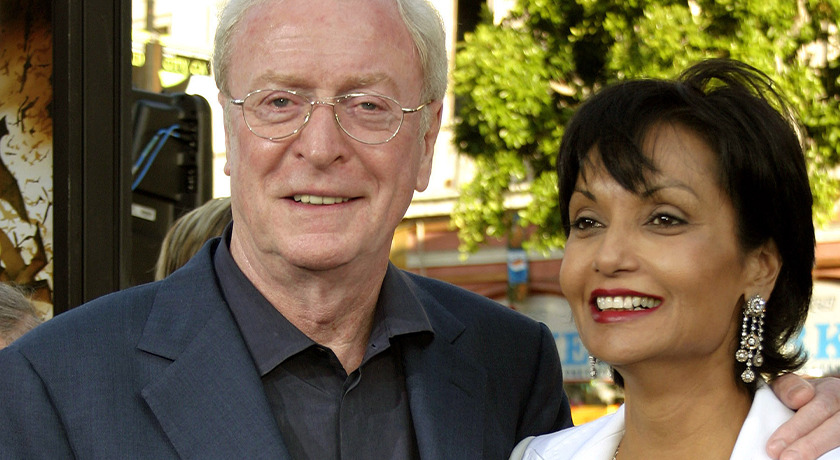 Michael Caine, 89, and his wife Shakira Baksh, 75, have been married for almost 50 years.

According to PEOPLE, Baksh first caught Caine’s eye when he saw her for the first time in a Maxwell House coffee commercial in the early 1970s.

They got married in Las Vegas in 1973 and had their daughter Natasha shortly after.

“I wasn’t an alcoholic, but I was drinking very heavily, and I know it would have killed me. Shakira is a Muslim and doesn’t drink alcohol. She not only changed my life, she saved it,” he said. “We are never apart.”

Per Hollywood Life, Baksh was born in St. Cuthbert’s Mission, British Guyana. When she was a teenager, she started competing in beauty pageants. She won “Miss Guyana” in 1966 and came in third place in the “Miss World” competition in 1977.

“He was everything I didn’t expect,” Baksh said of her first impression of Caine. “I had just seen him in Get Carter and he seemed so aggressive and ruthless. Instead, I found him charming and very gentle, someone whom I’d like to spend part of my life with.

Before Baksh, Caine was married to actress Patricia Haines for seven years before he became a famous actor. They share daughter Dominique Haines.

Caine and Baksh are also grandparents to Natasha’s two children – Miles, Allegra, and Taylor. According to ET Canada, Caine expressed how much he loves his grandchildren in an interview with Candis magazine.

“They’re my fountain of youth and have given me a new lease of life without any of the worries or troubles. I’m completely besotted and so is my wife,” he said.

He has been nominated for six Academy Awards. He won two, each for best supporting actor for his roles in Hannah and Her Sisters and The Cider House Rules. He also won three Golden Globes.

According to PEOPLE, there were rumors circulating that Caine was retiring from acting after his latest film Best Sellers in 2021.

He addressed the speculation in a tweet in October 2021.

“I haven’t retired and not a lot of people know that,” Caine wrote. “Funnily enough, it has turned out to be what is my last part, really. Because I haven’t worked for two years, and I have a spine problem, which affects my legs. So, I can’t walk very well.

“And I also wrote a book, a couple of books, which were published and were successful. So, I’m now not an actor, I’m a writer, which is lovely because as an actor, you have to get up at half past 6 in the morning and go to the studio. As a writer, you can start writing without leaving the bed,” he added.