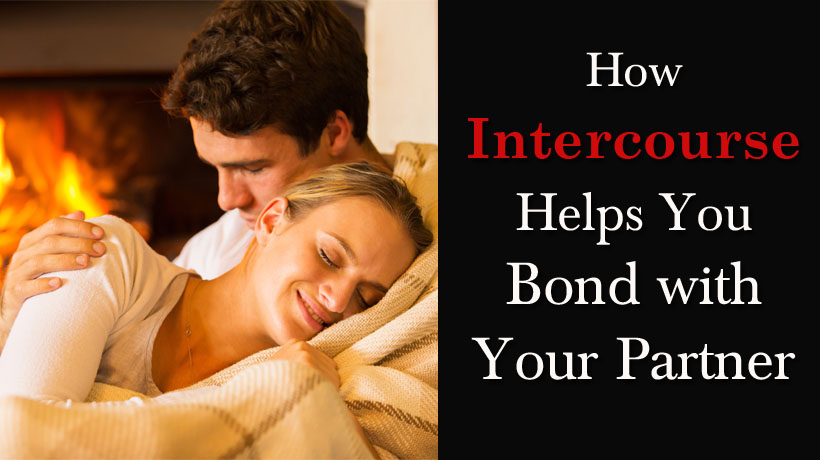 Have you ever wondered why the more emotionally distant partners feel between each other, the more inactive the sex life becomes?


People tend to expect an active sex life at the beginning of a relationship, when partners feel the excitement of learning about each other. But that doesn’t mean intercourse necessarily has to become infrequent after partners fall in love and feel closer to each other. In fact, research shows intercourse strengthens emotional bonds between partners.

In the moments after the act
In a study published in the European Journal of Neuroscience, researchers considered MRI scans of patients during sexual arousal and found heightened activity in the part of the brain that produces oxytocin.

This brain hormone may more commonly be known as the “cuddle hormone,” according to Dr. Navneet Magon and Sanjay Kalra, M.D. in their review published in the Indian Journal of Endocrinology and Metabolism. “Oxytocin in the brain and heightens users’ feelings of trust and intimacy, even among complete strangers,” they write. This explains why partners often make time to snuggle for a few moments after finishing.

In the days afterward
This heightened emotional intimacy doesn’t just last immediately after intercourse. According to a study published in a 2017 issue of the journal Psychological Science, there is a golden two-day window that the authors of the study call the “sexual afterglow.”

“We interpret these findings as evidence that sexual afterglow is a proximal cognitive mechanism through which sex promotes pair bonding,” say the authors of the study.

In the later years of the relationship
Emotional bonding through intercourse isn’t just for newlyweds. A 2014 study in the Journals of Gerontology studied 1,464 adults in 732 marriages between the years 2010-2011. These adults were about 57-85 years old, although the study did not describe how long these couples had been married.

The study found that the couples who reported more frequent sexual activity had happier, more positive marriages along with higher mental health scores.

It’s probably not a one-to-one ratio of sex and bonding, meaning you don’t need to have it every day in order to sustain an emotional connection. As these studies show, increased scores of happiness and closeness develop over time. Each couple can find a different routine –– or impulse –– that can help them feel closer to each other.