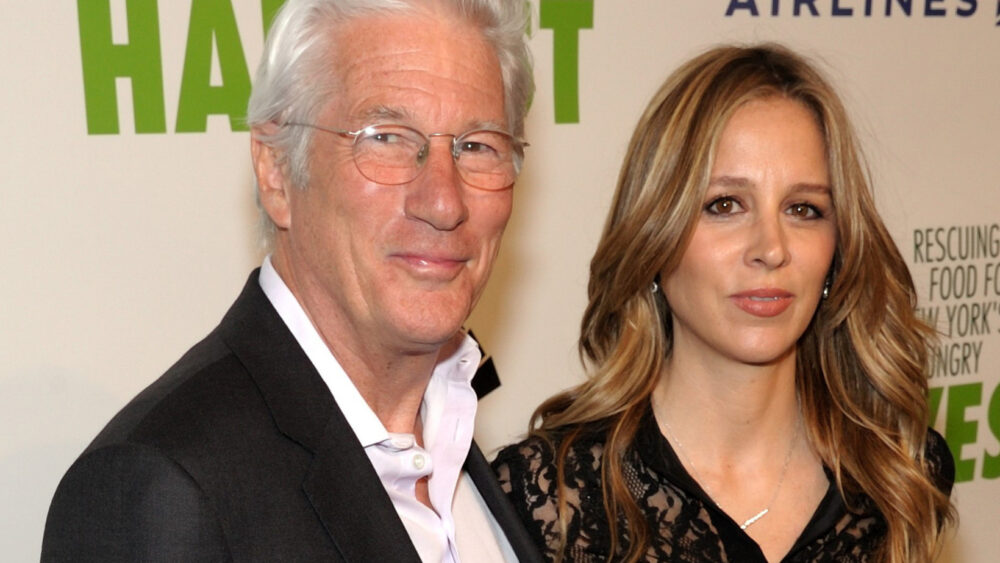 Actor Richard Gere, 70, and his wife Alejandra Silva secretly welcomed their second child together in 2020.

Silva, 37, is Gere’s third wife after his splits with supermodel Cindy Crawford and actress Carey Lowell. Silva is a publicist and was born in Spain.

The couple met in 2014, while Gere was still married to Lowell. Gere was staying in Silva’s family-owned hotel in Positano, Italy when a friend introduced them.

“We looked at each other and felt a strong connection,” Silva said in an interview with Hello Magazine. “We couldn’t stop looking at each other all night, and since then, we haven’t been apart.”

Silva and Gere were both going through divorces at the time. Silva was previously married to Albert Fireland, and they have a 7-year-old son together.

“Love stories with a complicated beginning, where you have to overcome difficulties together can bring you closer,” she continued. “I’m sure I did [have some doubts] at some point. In the beginning, he was more convinced than me. But from very early on, we felt that we were destined to be together.”

After the couple fell in love, Silva converted to Buddhism, asGere is a devout Buddhist. She also moved from Europe to New York, where the Pretty Woman actor lives.

“I’ll be eternally grateful to him. No doubt about it, thanks to Buddhism, my life has changed,” she said.” Gere was raised Methodist and converted to Buddhism in his twenties.

Silva says Gere’s proposal was a “really private moment, just for the two of us.”

“I get emotional just remembering it,” she added. “He asked me to marry him in the most romantic hotel I’ve been to in St. Paul de Vence.”

The couple’s three-decade age gap doesn’t seem to bother them.

“In this life, it had to be like this,” Silva explained. “He has promised me at least 20 good years. I have to confess that he has much more energy than me; he’s much more active.”

“I find it hard to keep up with him,” she continued. “He’s not human! Everyone who sees you together says Richard’s crazy about you. What does he say you’ve given him? He knows I love him madly. I think I bring him stability. Above all, it helped I wasn’t an actress or a model. I never had any interest in that.”

The couple is more focused on their spiritual connection and helping others in need. “He was able to see my unconditional commitment as a humanitarian, as a person, as a woman,” Silva gushed. “It’s the sweetest, most romantic dream I’ve ever had. That’s why I’ve decided to stay in it!”