Kathy Griffin's Voice May Never be the Same 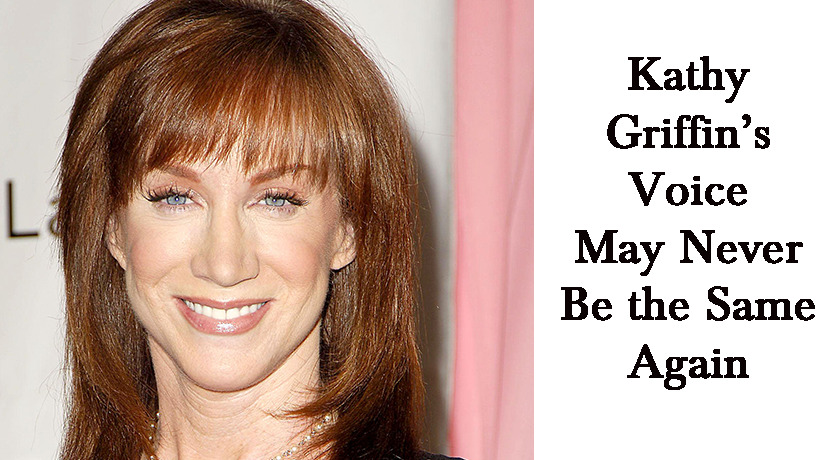 Comedian Kathy Griffin, 61, shared her lung cancer diagnosis back in August 2021 and was cancer free by November 2021.

After treatment, which included surgery, her voice was different and sounded higher in pitch. Per Newsweek, Griffin expressed in a TikTok video on last Wednesday that she is concerned her voice may never sound the same again.

“The news isn’t great about my voice,” she said.”I may have kind of maxed out about how much my vocal apparatus can recover from the damage that was done during the lung cancer surgery.

“But we’re gonna try another injection in my left vocal cord first, which is now paralyzed,” she continued. “And then the decision will be, next time, do I get the full arytenoid surgery and then a permanent, what they call an implant to my vocal cord. Not the fun place to get an implant.”

In a September 2022 appearance on Jimmy Kimmel Live!, Griffin said she is fine and not in any pain but is doing all she can to get her voice back to normal.

According to People, Kimmel joked that her new voice may make her even funnier. She replied, “I am funnier, because I think I sound non-threatening and demure. That’s my new angle.”

From 2005 to 2010, she starred in her reality TV series Kathy Griffin: My Life on the D-List. The show won a Primetime Emmy Award for Outstanding Reality Program in 2007, per The Wrap.

She then hosted her own late-night talk show in 2012, which aired on Bravo but was canceled after two seasons.

By 2015, she had been in 20 comedy specials and held the Guinness World Record for “Most Televised Stand-Up Specials by a Comedian” at the time. That same year she took over as host of the fashion commentary show Fashion Police but left after just seven episodes.

She then went on a tour called Laugh Your Head Off in 2018 and starred in her concert film A Hell of a Story in 2019.

In April 2022, Griffin performed at an LGBT charity ball in what she described as her “whisper voice.”

“When I first walked out on stage, which is not in this clip, and I started speaking in my whisper voice some folks in the audience laughed because they didn’t know about my situation,” she wrote in an Instagram caption. “Then I explained it and they were kind of stunned for about two minutes.”

“Then the most amazing thing happened,” Griffin added. “The audience, and granted this was a very forgiving and loving audience, actually adjusted to me! They became so quiet that they actually heard what I was saying through my poor little paralyzed left vocal chord…”