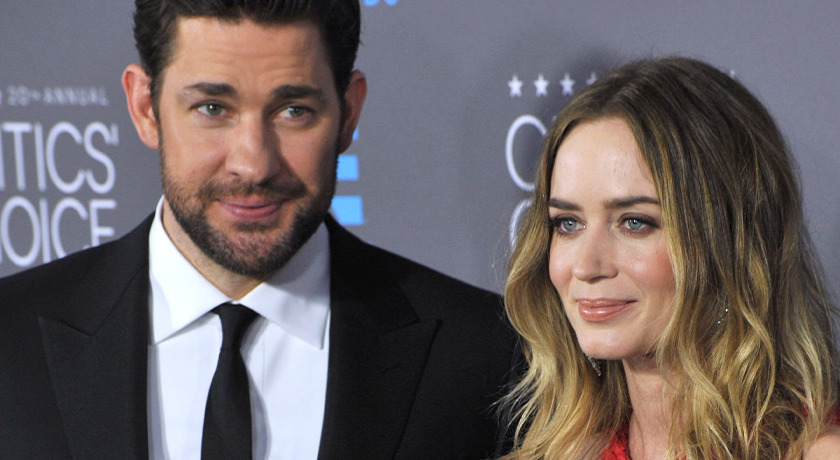 One of Hollywood’s most iconic couples, Emily Blunt, 39, and John Krasinski, 42, have been together for over a decade, since meeting for the first time in 2008 at a restaurant in Los Angeles, according to People.

Krasinski claims he wasn’t looking for a relationship at the time, but Blunt quickly changed his mind. The Office star admitted that he was a fan of his wife before he even met Blunt, as he rewatched The Devil Wears Prada around “70 times,” according to his own estimate, after its 2006 premiere.

The actor had been dining with Justin Theroux at the restaurant when he spotted Blunt, and quickly headed over. “He abandoned Justin and came over to us,” Blunt remembered. “He just stood there and made me laugh. I kind of [knew right away.]” Both actors admitted that they felt a connection almost instantly after their first meeting.

“Meeting John really changed my life,” said the Mary Poppins actress, reports E News. “When I feel the support that I have from him, I feel invincible. There’s someone behind you on your good days, and someone in front of you on your bad days.”

Krasinski was equally enthusiastic in his compliments, saying “She’s one of the coolest people, she’s so talented, she’s beautiful, and she’s certainly out of my league. When you’re lucky enough to meet your one person then life takes a turn for the best.” The couple released their first film together in 2018, the beginning of the A Quiet Place franchise, proving their ability to work together both on and off screen.

They were married in 2010 at George Clooney’s estate in Lake Como, Italy. Clooney offered four times before the couple accepted his generous suggestion. Blunt claims she feels lucky that her only regret regarding her wedding day was her spray tan, something she would go back and change if she could, adding that it was too “orange” and looked “unnatural,” says E News.

In 2014, Krasinski and Blunt welcomed their first daughter, and later welcomed another daughter to their family in 2016. Despite their fame, they keep their home life normal.

“They don’t really want to watch us on screen,” Blunt admitted to E News, when asked about her daughters’ interest in their parents’ careers. “They’ve got that ownership of us as parents. They’re not like running to see me in a movie, which keeps you humble.”