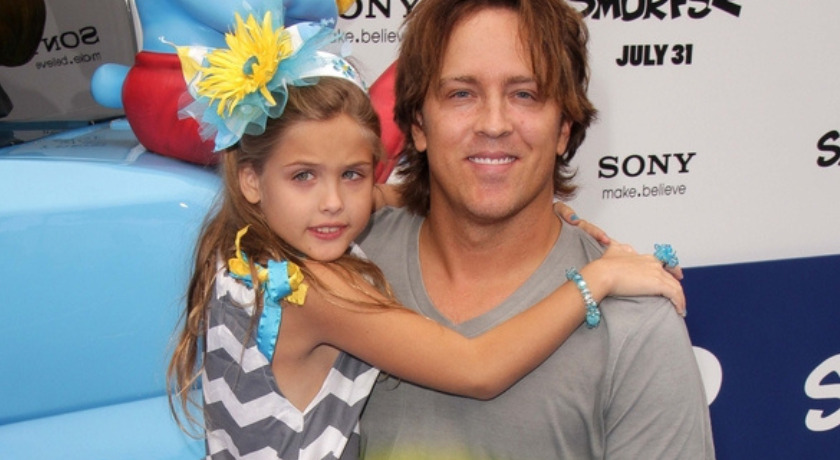 Larry Birkhead and his daughter Dannielynn Birkhead recently shared photos of the two of them at the Kentucky Derby together. The pair are very close and attend the horse race every year.

Dannielynn’s mother, former supermodel Anna Nicole Smith, passed away from an accidental drug overdose in 2007. This came just five months after Dannielynn was born in September 2006.

Smith claimed that Dannielynn’s father was Howard K. Stern, the model’s attorney. However, a court battle determined that Birkhead was Dannielynn’s biological father, and he was awarded custody of his daughter in 2007.

The dad and daughter duo have been close ever since. They spend a lot of quality time together, and Birkhead makes sure Dannielynn stays connected to her mother.

The special aired on the 14th anniversary of Smith’s death. During it, Dannielynn met her mom’s childhood friends, who shared memories of the late supermodel before she was famous. Birkhead even gave Dannielynn Smith’s wedding dress she wore when she married J.Howard Marshall II in 1994.

“Anna should be remembered as this larger-than-life figure that was really a caring, giving person,” Birkhead said. “A beautiful lady who loved her fans and loved her family.”

On the anniversary of Smith’s death, Birkhead wrote in a post, “Today, I remember your heart, your soul and your beauty, both inside and out. Your love is alive still to this day, in the form of a truly one of a kind teenager with her Mom’s smile, beauty and courage.”

Along with the Kentucky Derby, where Birkhead and Smith first met, Birkhead and Dannielynn also attend the Barnstable Brown Gala the night before the race together every year. At the gala in 2022, Dannielynn wore the same outfit Janet Jackson wore to the event in 2003.

Dannielynn and her father are big Jackson fans and attended her concert in Cincinnati in July 2022.

“Heading out to Dannielynn’s second Janet Jackson concert (my millionth 😂) in Cincinnati as we sit here arguing which one of us is the bigger Janet fan,” Birkhead wrote on Instagram. “It’s going to be ‘Nasty’ outside in the 100 degrees weather, but we are looking forward to it.”

Dannielynn turned 16 on September 7th, 2022. Birkhead posted a collage of photos of Dannielynn, along with a sweet caption on Instagram.

“Sixteen years ago my beautiful baby was born. That’s if you want to feel really old. Many people thought the odds were stacked against you, but maybe that was geared more towards me than you. Through tragedy, turmoil and a couple of baby tantrums-today you shine bright and are so accomplished. So proud to be your Dad!

He closed the caption with, “Mom is looking down!”