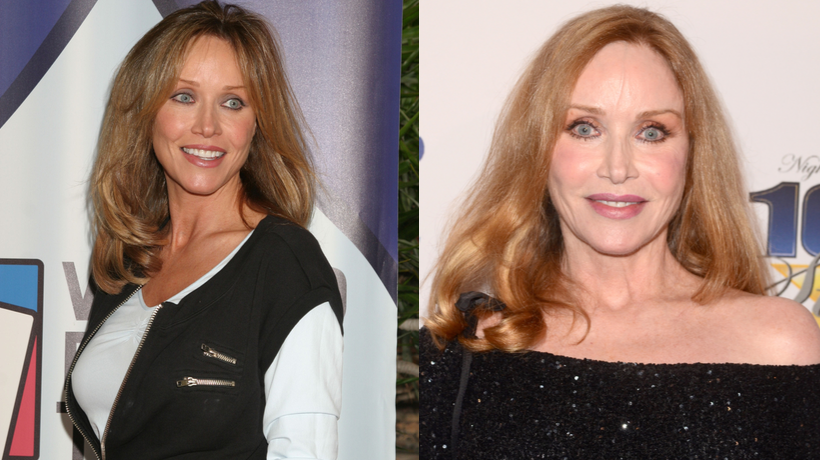 Monday morning Tanya Robert’s, 65, death made headlines. Not too long after it was reported that her death announcement was a mistake and she was in fact alive.

Then, early on Tuesday, after this bizarre series of events, it was again reported that Roberts had passed away. But this time for real. How did this happen?

Unbelievably coincidental, Robert’s partner of 18 years, Lance O’Brien, was participating in an interview with Inside Edition on Monday, Jan. 4 when he received a phone call from the hospital informing him that the former Bond girl and That ’70s Show performer was still alive. The stunning reversal followed reports stating that she had died on Jan. 3 after a collapse in her home on Christmas Eve.

See the video below:

So how did this mixup originally happen? Apparently, Tanya’s publicist Mike Pingel told NBC News that Lance heard from hospital staff that he should say his final goodbyes. Mike said he later received a “distraught” phone call from Lance, which led the flack to publicly announce on Jan. 3 that she had passed away.

Reports surfaced like wildfire that she was actually ALIVE. Fans and friends that mourned her left confused, but with a sense of relief.

Former castmate Ashton Kutcher even took to social media to respond to Topher Grace’s tweet mourning his loss and say, “yo bro she’s not dead.”

Now for the hard part. After a roller coaster of emotions, reports are saying that she was prematurely announced dead, was in critical condition, and has now in fact passed away Monday night.

Web outlets such as NY Daily News, Yahoo Entertainment, TMZ, and FOX NEWS claim a doctor called Lance O’Brien, who has been identified as both Roberts’ husband and boyfriend, shortly after 9 p.m. Monday to say she died.

According to TMZ, O’Brien got a phone call Monday from Cedars at around 9 P.M., informing him Tanya was still alive. Tanya’s rep, who picked Lance up from the hospital, says he told him, “She died in my arms.”

The Daily Mail has said Roberts’s rep refused to confirm if she was dead yet, but the New York Times has most recently announced that she is dead.