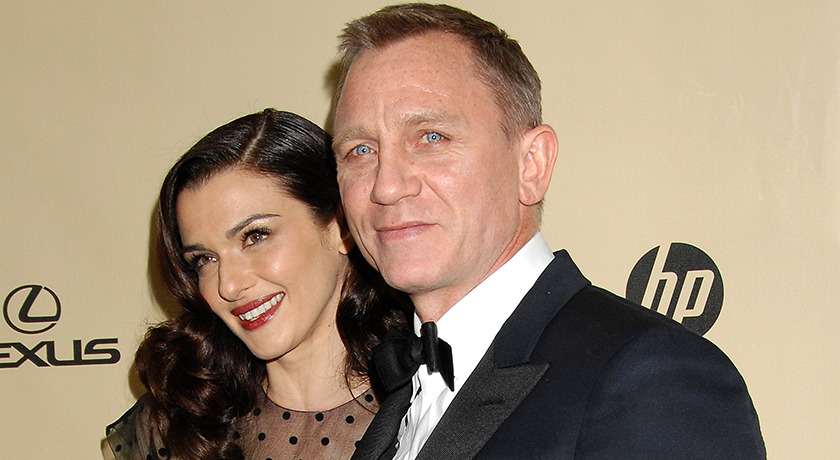 Daniel Craig and Rachel Weisz are a well-known Hollywood couple, but they actually knew each other before either of them became stars.

They crossed paths while working on Les Grandes Horizontales together in 1994, and kept their relationship platonic.

Craig, 54, was married to actress Fiona Loudon from 1992 to 1994 and dated Heike Makatsch for seven years after that. Craig and Loudan share a daughter – Ella Craig, 30.

Weisz, 52, dated filmmaker Darren Aronofsky for nine years before calling it quits in 2010. The two share a son – Henry Aronofsky, 16.

Craig and Weisz eventually reconnected in 2010 when they were cast as leads in the movie Dream House. They started dating in late 2010 and tied the knot in June 2011.

Per Hello Magazine, the actors had a small wedding in New York with a total of four guests – their two children and two family friends.

The couple’s Dream House co-star revealed to US Weekly what it was like to work with Craig and Weisz.

“They play husband and wife, so anytime that the camera was rolling you felt that spark,” Fox said. “I didn’t notice off-screen that anything was going on. They did a good job of keeping it secret!”

Craig and Weisz have kept their relationship private from the start. Weisz explained why privacy is so important to her and her family.

“He’s just too famous. … You have to protect your marriage. When you’re young, you tell your girlfriends everything,” she said. “One of the great pleasures of not being an adolescent is that you don’t have to share everything. When you’re married, that door closes. The audience goes, and you’re in your own life.”

The couple welcomed a baby girl in August 2018, but according to Pop Sugar, the public still doesn’t know her name. Not much is known about their child and sighting of her are rare.

Craig is most known for his role as James Bond in the James Bond movie franchise. He has also starred in movies like Knives Out, The Girl with the Dragon Tattoo, and Cowboys & Aliens.

Weisz is known for movies like The Lovely Bones, The Mercy, and Black Widow.